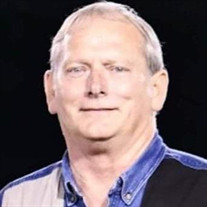 Tony Lee Carden, 64 years old, of Duggar Branch Road Elizabethton, TN passed away at Sycamore Shoals Hospital on Friday, January 28, 2022 due to a brief unexpected illness. Tony was born to the late Gilbert Carden and Shirley Richardson Carden. He was of the Baptist faith and attended Moore’s Chapel where he was a recent member as well as Harvest Baptist in prior years. He was a loving father and friend. He was described to have one of the biggest hearts and would give you the shirt off his back. He enjoyed helping others, spending time with his family and being outdoors. He loved to go hiking, taking walks in the woods and hunting, which he didn’t get to do very often. Tony was a classic car enthusiast who dreamed of owning a ’57 Chevy. He was a jack of all trades and there was nothing he couldn’t fix from carpentry to mechanic. Tony was known as everyone’s “Superman” especially to his family. In addition to his parents, Tony was preceded in death by his grandparents, Walt and Jane Carden, Raymond and Bertie Richardson and several aunts, uncles, family members and friends, some to whom he was extremely close to. Those left to cherish his memory include his wife, Lisa Carden, three sons, Tony Carden, Jr., Jacob Carden and Noah Carden; four daughters, Tonya Carden, Victoria Brooke Carden, Pamela Michelle Carden and Kelly Tyree; four grandchildren, Kameron Carden, Kammie Carden, Briannah Carden and Jaydan Stout; three brothers and sisters-in law, Bert Carden and wife Debbie, Timmy Carden and wife Patricia, Cona Carden and wife Judy; the mothers of his children, Tabitha Honeycutt and Jennifer Carter; nephew, Adam Carden, niece, Madison Carden; one great niece; very close friends, Bob Carroll, Gordon Lynn Carroll and Johnny Vines; several aunts, uncles, cousins, other family members, friends and several children and grandchildren that he cared for like his own also survive. The family would like to recognize and thank two very special nurses in the ICU at Sycamore Shoals Hospital, Joy and Kim, as well as the medical doctor and staff. The family would also like to extend a thank you to his friends, Bob Carroll and Jim Johnson for praying with him and to his sister-in-law, Debbie for all her support and help answering any medical questions and sitting with them during this difficult time. Services will be announced at a later date, please check the funeral homes website for scheduled services as they become available. Online condolences may be shared with the family and viewed on our website at www.hathawaypercy.com. Hathaway-Percy Funeral and Cremation Services are honored to assist the Carden family. Office: 423-543-5544

The family of Tony Lee Carden created this Life Tributes page to make it easy to share your memories.

Send flowers to the Carden family.