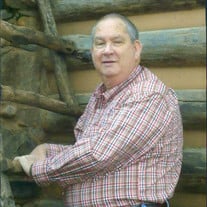 Mr. Timothy Zane (Candy Man) Loveless, age 63, Hampton, TN went home to be with the Lord on Wednesday, December 21, 2016 from his residence. Zane was a loving husband, father, grandfather and great-grandfather and was a friend to everyone. Zane was a graduate of Happy Valley High School and retired from the Johnson City Police Department after twenty-eight and ½ years of service. He also served as Chairman of the Carter County Republican Party and as a Carter County Commissioner. Zane was a member of Zion Baptist Church of Elizabethton and was a member of the Johnson City Elks Lodge. He was a native of Elizabethton, TN and was the son of the late Stacy and Ossie Loveless. In addition to his parents, he was preceded in death by two sisters, Janice Loveless and Kay Vance and a brother, Tommy Loveless. Those left to cherish his memory include his wife of forty-four years, Patty Radford Loveless, of the home; two daughters, Becky Loveless and Cassandra Vaughan and her husband Josh; a son, Nicholas Loveless, all of Elizabethton, TN; four grandchildren, Autumn Surcey and husband Tim, Jonathan McAllister, Nicholas Loveless and Carl Loveless and two great-grandchildren, Bentley Surcey and Jordan Surcey. Several nieces, nephews and a sister, Faye and husband Clyde, of Florida and a brother, Darrell Loveless and his wife Sue of Illinois also survive. A service to honor the life of Mr. Timothy Zane (Candy Man) Loveless will be conducted at 7:00 P.M. Friday, December 23, 2016 in the Sunset Chapel of Hathaway-Percy Funeral and Cremation Services with Dr. Alan King officiating. The Johnson City Police Department will serve as Honor Guard. The family will receive friends at the funeral home from 5:00 – 7:00 P.M. on Friday prior to the funeral service or at the residence at any time. Graveside service and interment will be conducted at 11:00 A.M. Saturday, December 24, 2016 in the Lyons Cemetery. Active pallbearers will be Tony Vance, Russ Lunceford, John Whitson, Conley Guy and other family and friends. Honorary pallbearers will be members of the Johnson City Police Department. Everyone will meet at the funeral home at 10:30 A.M. on Saturday to go in procession to the cemetery. Those who prefer memorials in lieu of flowers may make donations to the American Diabetes Association, 900 E. Hill Avenue, Suite 240, Knoxville, TN 37915. The family would like to express a special thank you to the doctors, nurses and staff of Mountain State Hospice for the loving care given to Mr. Loveless.

Mr. Timothy Zane (Candy Man) Loveless, age 63, Hampton, TN went home to be with the Lord on Wednesday, December 21, 2016 from his residence. Zane was a loving husband, father, grandfather and great-grandfather and was a friend to everyone.... View Obituary & Service Information

The family of Timothy Zane Loveless created this Life Tributes page to make it easy to share your memories.

Send flowers to the Loveless family.