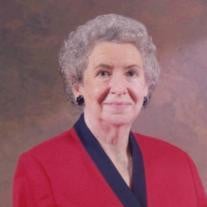 Thelma Cooke Heaton, 93, Laughlin Healthcare, Greeneville, TN, died Friday, November 30, 2012, after an extended illness. Born in Banner Elk, North Carolina to the late Robert Lee and Hattie Culver Cooke, she had resided in the Roan Mountain Community since her marriage to her late husband, George W. Heaton in 1937. In addition to her husband and parents, she was preceded in death by two brothers, Clyde and Harry Cooke, and one sister, Estelle Goforth, all of Banner Elk. Surviving are her sons and daughters-in-law, Sammy Dean Heaton and wife, Ruth, Greeneville, TN; and, Robert George Heaton and wife, Carolyn, Johnson City, TN; three grandchildren, Dr. Carla Nickle and husband Dr. Ken Nickle, and Christopher Heaton, Greeneville, TN; and Aaron Heaton and wife, Shelley, Jonesborough, TN; five great-grandchildren, Michael, Alexander, and Maggie Brown; Charlie Strange; and Layne Heaton. Also surviving are several nieces and nephews. Mrs. Heaton was a life-long member of the Roan Mountain United Methodist Church where she was the church pianist for over 50 years. She was a former music teacher in the Carter County school system, an accomplished artist, a devoted wife, mother and friend to all with whom she came in contact. The family of Mrs. Heaton will receive friends from 1 to 2 p.m. Monday, December 3, 2012 at the Rhododendron Chapel of Hathaway-Percy and Tetrick Funeral Home, Roan Mountain. Funeral services for Thelma C. Heaton will be conducted at 2 p.m. Monday with Rev. Lon Tobin officiating. Interment will immediately follow in the Johnson-Roan View Cemetery. Pallbearers will be selected from family and friends.

The family of Thelma Cooke Heaton created this Life Tributes page to make it easy to share your memories.

Send flowers to the Heaton family.