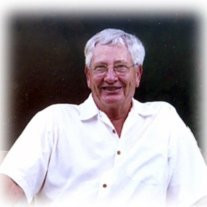 Mr. Terry “Cootie” McKeehan, age 75, of Elizabethton, TN went to be with his Lord on Monday, May 27, 2013 at his residence following an extended illness. A native of Carter County, he was the son of the late John McKeehan, Sr. and Hassie Arnett McKeehan. Mr. McKeehan worked at Inland Container for forty-three years. He was an active member of Powder Branch Baptist Church. Mr. McKeehan coached in the Youth basketball and football leagues for many years at Happy Valley Elementary. He enjoyed all of the children he coached. In addition to his parents, he was preceded in death by a brother, Louis McKeehan. Survivors include his wife, Rita Reynolds McKeehan, of the home; his children, son Joey McKeehan and wife Penny and daughter Jamie Bailey and husband Matt; grandchildren, Katelin McKeehan, Zachary Hyder , Justin Bailey and Jacob Bailey; five brothers, Bud McKeehan and wife Loretta, Ted McKeehan and wife Mary, Tony McKeehan and wife Jane, Jackie McKeehan and wife Kim and Bobby McKeehan and wife Devonna; three sisters, Rada Perry, Nancy Verran and husband Don and Betty Archer and husband Ron; two half-brothers, John McKeehan, Jr. and Charlie McKeehan and a half-sister, Linney Grace Ellis. His best friend, Mike Emmert and several nieces and nephews also survive. Funeral service for Mr. Terry “Cootie” McKeehan will be conducted at 7:00 P.M. Thursday, May 30, 2013 in the Sunset Chapel of Hathaway-Percy Funeral and Cremation Services with Rev. Gene Cornett and Mr. Tony McKeehan officiating. Music will be under the direction of Scott Reynolds, organist and Bobby McGee and Stephanie McKeehan, soloists. The family will receive friends at the funeral home from 5:00-7:00 P.M. on Thursday prior to the funeral service. Graveside service and interment will be conducted at 10:00 A.M. Friday, May 31, 2013 in McKeehan Cemetery. Active pallbearers will be Phil Shull, Don Carden, Lanny White, Lemmie Taylor, Gary Townsend, Lee Hubbard, Matt Bailey and John Lash. Honorary pallbearers will be his brothers. Everyone will meet at the cemetery at 9:50 A.M. on Friday for the graveside service. In lieu of flowers to those who desire memorials may be made to Powder Branch Baptist Church W.M.U., 1710 Powder Branch Road, Johnson City, TN 37601.

Mr. Terry “Cootie” McKeehan, age 75, of Elizabethton, TN went to be with his Lord on Monday, May 27, 2013 at his residence following an extended illness. A native of Carter County, he was the son of the late John McKeehan, Sr. and Hassie Arnett... View Obituary & Service Information

The family of Terry "Cootie" McKeehan created this Life Tributes page to make it easy to share your memories.

Send flowers to the McKeehan family.