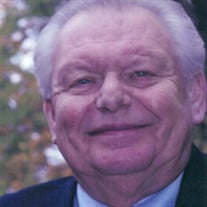 Mr. Terry Lynn Emmert, age 71, a loving husband, father, grandfather and brother of Elizabethton, TN passed away Thursday, May 16, 2019 at Lakebridge Assisted Living in Johnson City following an extended illness. A native of Elizabethton, he was a son of the late Ralph and Frances Malone Emmert. Terry retired from the V.A. as a maintenance worker. He was a veteran of the U.S. Marine Corp having served in the Vietnam War. He was of the Christian faith and was a member of the Elks Lodge, Elizabethton and the V.F.W. He enjoyed watching old westerns, car racing, sports and playing golf. In addition to his parents, he was preceded in death by a daughter, Rebecca Emmert Bailey. Those left to cherish his memory include his wife, Risha M. Cook Emmert, of the home; three step-children, Ken Tolbert and wife Tara, Bristol, TN; Charity Boyd and husband Clinton, Knoxville, TN and Brandy Tolbert and Randy Arnold, Gray, TN; two brothers, Benny Emmert, Johnson City and Denny “Gov” Emmert and wife Pam, Elizabethton; a nephew, Shane Emmert and wife Kim and great-nieces, Paetyn Emmert and Rylee Emmert. A celebration of life service for Mr. Terry Lynn Emmert will be conducted at 1:00 P.M. Tuesday, May 21, 2019 in the Sunset Chapel of Hathaway-Percy Funeral and Cremation Services with Mr. Glen Layfield, minister officiating. The family will receive friends at the funeral home from 11:00 A.M. to 1:00 P.M. on Tuesday prior to the service. Interment will follow the funeral service on Tuesday, May 21, 2019 in Happy Valley Memorial Park. Active pallbearers will be selected from family and friends. Military honors will be accorded by the Carter County Honor Guard and escort will be provided by Rolling Thunder. The family would like to express a special thanks to Ballard Health Hospice and the 2200 floor doctors and nursing staff at the Johnson City Medical Center for their care of Terry.

The family of Terry Lynn Emmert created this Life Tributes page to make it easy to share your memories.

Send flowers to the Emmert family.