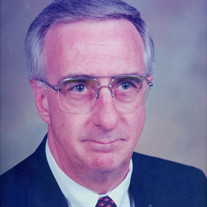 Mr. Stephen B. Payne, age 76, of the Milligan College community, passed away Monday, December 18, 2017. A native of Johnson City, TN he was the son of the late Ben H. and Dimple M. Bishop Payne. He was a 1959 graduate of the University School and received his Bachelor of Arts from Milligan College and Master’s Degree in School Administration plus 36 graduate hours in History from East Tennessee State University. In a career of 29 years with Carter County Schools, he was a teacher and coach at Happy Valley High School, a teacher at Happy Valley Middle School, Assistant Principal at Happy Valley High School, Principal at Happy Valley Elementary and Happy Valley Middle Schools, Assistant Superintendent and Director of Schools. Mr. Payne was a member of the Elizabethton Church of Christ. At the age of 18, he began preaching first in the Poga and Elk Mills Communities. He then went to Blue Springs, and then to the Central Church of Christ in the Central Community. In 1972 he and his family became members of the Elizabethton Church of Christ and for the next 45 years he preached at different congregations in East Tennessee including Centerview, Roan Mountain and Fall Branch. After retirement, he continued ministering to several different congregations. From 2004 until 2016 he served at the Cliffield Church of Christ in Tazewell County, Virginia which he called “his home away from home.” Mr. Payne was a member of the Citizens Bank Advisory Board for 35 years, Tennessee Organization of School Superintendents Board of Directors and the West Carter County Fire Department Board of Directors. As a long-time supporter of University of Tennessee Athletics, he held football season tickets for 49 years, during which time he and his family attended over 400 games, 28 bowl games and one National Championship. A fan of Lady Volunteers Basketball, he attended numerous games, including three Final Fours and two National Championships. For the last 16 years of his life, he enjoyed his monthly “Pig Parties” at the Red Pig Barbeque with his longtime friends and high school classmates; Eddie Pence, Ken Young, Bill Harrell and Doug Zimmerman. Those left to cherish his memory include his wife, Linda M. Payne; a son, Alex Payne and wife Andrea; a granddaughter, Eva Payne, who was the light of his life for the last nine years of his life; brothers-in-law, Randy McKinney and Mike McKinney and their families; cousins, Jim Bishop, Betsy Bishop and Nat Payne and extended family, Suzanne Robbins, Kathy Smith, Gary Nave, Larry Nave and Melissa Burkette. A funeral service to honor the life of Mr. Stephen B. Payne will be conducted at 5:00 P.M. Friday, December 22, 2017 in the Elizabethton Church of Christ with Mr. Roby Ellis, Mr. Keith Matney and Mr. Carl Bowles, ministers officiating. The family will receive friends at the Church from 2:00 – 5:00 P.M. on Friday prior to the funeral service or at the residence at other times. Graveside service and interment will be conducted at 10:00 A.M. Saturday, December 23, 2017 in Happy Valley Memorial Park with Mr. Jeff Taylor and Mr. Roby Ellis, ministers officiating. Active pallbearers will be Matt McKinney, Chance McKinney, Tony McKeehan, Tyler Britt, Clayton Russell, Bill Turbyfield, Vic Harrison, Joey Nave, Scott Simerly, Chris Mosley and Jason Jarrett. Honorary pallbearers will be Ed Pence, Jim McKinney, Wayne Boswell, Dewey Mooney, Arden “Kayo” Gentry, Harry Sisk, Dallas Williams, Jerry Nave, Richard Wilson, Gary Blevins, Dan Winters, Jake Jenkins, Josh Wandell, Pat Hicks, Don Verran, Tommy Little, Larry Simerly, Robert Grant, Ancel Carmack and Dewey Lewis. Everyone will meet at Elizabethton Church of Christ at 9:15 A.M. on Saturday to go in procession to the cemetery. Those who prefer memorials in lieu of flowers may make donations to Alzheimer’s Tennessee, 2319 Browns Mill Road, Suite D6, Johnson City, TN 37604; West Carter County Volunteer Fire Department, 1420 Milligan Highway, Johnson City, TN 37601 or Tri-Cities School of Preaching and Christian Development, 1162 Highway 91, Elizabethton, TN 37643. The family would like to express a special thank you to Doris Morgan, Dr. Jonathan Bremer, Victor and Judy Deloach and the staff of Ivy Hall Nursing Home, the staff of Sycamore Shoals Hospital, Ronnie and Marilyn Taylor, Carol Blevins and Tommie Sue Turbyfield for their care and concern.

Mr. Stephen B. Payne, age 76, of the Milligan College community, passed away Monday, December 18, 2017. A native of Johnson City, TN he was the son of the late Ben H. and Dimple M. Bishop Payne. He was a 1959 graduate of the University School... View Obituary & Service Information

The family of Stephen B. Payne created this Life Tributes page to make it easy to share your memories.

Mr. Stephen B. Payne, age 76, of the Milligan College community,...

Send flowers to the Payne family.