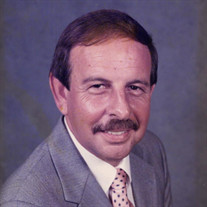 Stanley Thomas “Tommy” Lewis, age 79, of Johnson City, Tennessee passed away peacefully on Friday, September 17, 2021 at his home, surrounded by his family. He was a son of the late Tom and Christine Lewis. In addition to his parents, he was preceded in death by his granddaughter, Gabby Lewis. Mr. Lewis was born in Carter County, Tennessee on September 14, 1942. Tommy was the youngest of three siblings. He was raised in a strong Christian home, farming the land with his family, and the love of farming never left him. Cattle farming was a passion throughout his life as was tobacco farming throughout much of it, and he loved to grow a big garden in the Summer to share with family and friends. As proud as he was of the cows and calves grazing in the field, or the crop of Burley tobacco that would make the market in time for Christmas money in December, he was most proud of his family, and there was no earthly thing that was more important to him. Mr. Lewis graduated from Elizabethton High School in 1960 and went on to earn his Bachelor’s Degree in Chemistry from Milligan College in 1964 and his Master’s Degree in Environment Health from East Tennessee State University in 1971. He began employment with the Carter County Health Department after graduating from Milligan in 1964 and later transferred to the Johnson City Environmental Field Office where he remained employed by the State of Tennessee until his retirement in 2004. Mr. Lewis also served in the United States Public Health Service and was assigned to the United States Navy from 1967-1969. Mr. Lewis was a faithful member of Immanuel Baptist Church in Elizabethton, Tennessee for over 50 years. It was there that he met the love of his life and his wife of 57 years, Brenda Lewis. His daily life always remained grounded around a strong Christian faith which he many times shared and witnessed to others. Survivors include his wife, Brenda Lewis; son, Shane Lewis and wife Becky of Johnson City, Tennessee; grandchildren, Tucker Lewis and Ashleigh Lewis; brother, Billy Joe Lewis and wife Anne; sister, Dr. Shirley Morgan; and several nieces and nephews. A graveside service to celebrate and honor the life of Stanley Thomas “Tommy” Lewis will be conducted at 1:00 PM on Tuesday, September 21, 2021 at Happy Valley Memorial Park with Reverend Travis Biller officiating. Music will be under the direction of Mike and Serena Little and Dena Bowling. Active pallbearers will be Shane Lewis, Tucker Lewis, Mike Lewis, Marcus Morgan, Monte Morgan, Brian Hoilman, Clint Hoilman and Mike McKinney. Honorary pallbearers will be Don English, Frank Watkins, Jim Greenlee, Ferriel McClain, Alvin Woodby, Dale Shook, Duane Edwards, Bill Hartley, Mike Guinn, John Parks, Scott Montgomery, Jeff Miller and friends and family of Immanuel Baptist Church. Those wishing to attend the service are asked to meet at Hathaway Percy Funeral Home of Elizabethton at 12:15 PM to go in procession to the cemetery. Friends may pay their respects and sign the guest register book from Noon until 4:00 PM on Sunday, September 19, 2021 and also on Monday, September 20, 2021 from Noon until 4:00 PM at Hathaway Percy Funeral Home of Elizabethton. The family would like to thank the nurses and staff of Amedysis Home Health and Hospice and would also like to extend a special thanks to Drs. Keith Cook, Kyle Colvett and Jeff Farrow as well as the nurses and staff of Franklin Woods Community Hospital. The family would also like to especially thank Hospice nurse Michelle Taylor, who became not only a very special caregiver but a forever part of our family over the past few weeks. Those who prefer memorials in lieu of flowers may make donations to the Gabby Lewis Memorial Library in Tierra Linda, Guatemala C/O Shane and Becky Lewis, 207 Pawnee Street, Johnson City, TN 37604. Online condolences may be shared with the family on our website, www.hathawaypercy.com. Hathaway-Percy Funeral and Cremation Services is proudly serving the Lewis family. Office: (423) 543-5544

Stanley Thomas &#8220;Tommy&#8221; Lewis, age 79, of Johnson City, Tennessee passed away peacefully on Friday, September 17, 2021 at his home, surrounded by his family. He was a son of the late Tom and Christine Lewis. In addition to his parents,... View Obituary & Service Information

The family of Stanley Thomas 'Tommy" Lewis created this Life Tributes page to make it easy to share your memories.

Send flowers to the Lewis family.