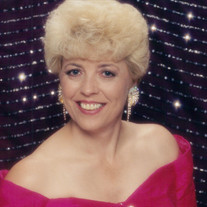 Sandra Bowling Bautista, age 66, of Elizabethton, TN went home to be with her Lord on Monday, May 30, 2016 at her residence. A native of Washington County, TN she was the daughter of the late Jack H. Boyd Sr. and Mattie L. Pealer Boyd. She was a graduate of East Tennessee State University and retired from Levi Strauss and Company and from the State of Tennessee. Sandra was a member of West Side Christian Church. She was also a member of the League of Women Voters, the Carter County Democratic Party and a lifetime member and former treasurer of the Elks Club. Sandra enjoyed artistic painting and loved horses. In addition to her parents, she was preceded in death by her husband, Ret. Col. David F. Bautista on March 21, 2015 and three brothers, Michael D. Boyd, Perry M. Boyd and Christopher Boyd. Those left to cherish her memory include a son, Johnny R. Bowling II and wife Christie, Elizabethton; two grandsons, Jonathan Bowling and Nathaniel Bowling, both of Elizabethton and two brothers, Jack H. Boyd Jr., Alabama and Ronnie Boyd and wife Kathy, Mosheim, TN. Several nieces and nephews also survive. A Gathering of Remembrance Service to honor the life of Sandra Bowling Bautista will be held at 7:00 P.M. Thursday, June 2, 2016 in the Sunset Chapel of Hathaway-Percy Funeral and Cremation Services with Mr. Greg Key, minister officiating. Music will be under the direction of Glenda Oatman. The family will receive friends at the funeral home from 5:00 – 7:00 P.M. on Thursday prior to the service. Committal and inurnment service will be held at 11:30 A.M. Friday, June 3, 2016 at Mountain Home National Cemetery. Everyone will meet at the cemetery at 11:15 A.M. on Friday for the committal service. The family would like to express a special thanks to Carol and Dale Williams, Jerome Pate, John Davis, Shelby Smith, Chris Vanhess and Laura McGill-Scala. Those who prefer memorials in lieu of flowers may make donations to the Carter County Humane Society, P. O. Box 134, Elizabethton, TN 37644.

Sandra Bowling Bautista, age 66, of Elizabethton, TN went home to be with her Lord on Monday, May 30, 2016 at her residence. A native of Washington County, TN she was the daughter of the late Jack H. Boyd Sr. and Mattie L. Pealer Boyd. She... View Obituary & Service Information

The family of Sandra Bowling Bautista created this Life Tributes page to make it easy to share your memories.

Send flowers to the Bautista family.