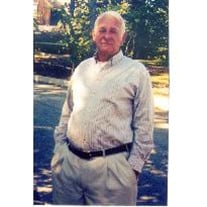 View This Video Tribute“O death, where is thy sting?” “O grave, where is thy victory?” I Cor.15:55. On March 24, 2011, death came as a friend to my husband of 55 years, Robert W. (Bob) VanDyke, age 74. He died in our home at 816 Hickory in Elizabethton, TN. Bob had been sick with early onset dementia for over 20 years. He had been an employee of the City of Elizabethton Water Dept. before going to work for T.V.A. in water control planning in 1960. He retired from T.V.A. in 1992 because of the dementia. Bob was a part of the 776 TN. Maintenance Unit of the TN. National Guard for 30 years. He dearly loved the men that he served with and through the years they have been kind enough to tell us of their appreciation for him. Bob was a member of the First Christian Church and actively participated as long as he was mentally able.God says in his word in Prov. 3:6, “In all thy ways acknowledge him, and he will direct our path.” I do acknowledge God in all my ways, so I told God that I was willing to be Bob’s caregiver if he would teach me what I would need to know. God has been faithful to do that for the past 20 years. I have thanked God for his faithfulness and for allowing me to be Bob’s caregiver, until 11 days ago. Bob was “out and about” with me daily. This was possible because of the many kind, thoughtful, and understanding people that God put in every area of our lives. I would gladly list you precious people, but I am afraid I would omit someone. Please know that I love you and I thank you.Bob was preceded in death by his parents, Dorthy and Emmett VanDyke, and by a sister, Jean Campbell.Some living family members are: his wife, Kay Lumsden VanDyke, his children, Sequa Shields and husband David of Elizabethton, TN, David K. VanDyke and his wife Karen of Elizabethton, TN, and Senna Weitlich of Overland Park, KS., his sister, Lois Arnold of Maryville, TN., and brothers-in-love, John Campbell of Anderson, SC, Edwin Lumsden and wife Lois of OH., and Roger Lumsden and wife Shirley of FL. His grandchildren: Tabatha VanDyke, Takeitha Morley and husband Matt of SC., Tachelle Peters and husband Shannon Peters of Elizabethton, and David C. VanDyke of AZ., Kaitlin Nacarato and husband George of NC., and Katalina Weitlich of KS. Great Grand Children: Ryleigh VanDyke, Aiden Morley, and Logan and Cheyenne VanDyke. Local cousins are Sylvia and Richard Campbell and Jack, Jim, and Jerry VanDyke.The memorial service for Mr. VanDyke will be conducted at 3:00 p.m. Sunday, March 27, 2011 at First Christian Church of Elizabethton with Mr. Brent Nidiffer, Minister officiating. Music will be under the direction of Ardith Sheffield and Gene Estep. The family will receive friends at the church on Sunday, March 27, 2011 from 2 p.m. to 3:00 p.m., prior to the service hour. Friends may call at their residence at any time. Friends may also call at the residence of a daughter and son-in-law, Sequa and David Shields.Private disposition will be held at a later date.In lieu of flowers, please consider the Promise Land Ministry or the Arm Ministry. Both in care of The First Christian Church, 513 Hattie Ave., Elizabethton, TN 37643

The family of Robert Walker "Bob" VanDyke created this Life Tributes page to make it easy to share your memories.

Send flowers to the VanDyke family.