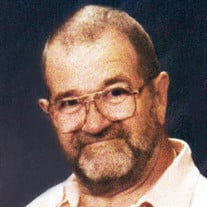 Robert William Cann, Sr., age 79, of Elizabethton, Tennessee went home to be with his wife and his Lord on Friday, October 29, 2021 at his residence. Robert was born in Lawrence, Massachusetts to the late Gilbert F. Cann, Sr. and Rita Quinn Cann. In addition to his parents, Robert was also preceded in death by his wife, Eileen Cann Clarke; a daughter, Patricia Gilmett; a brother, Frank Cann; and a sister, Carolyn Cann Jackson. Robert was an outgoing and fun loving family man who loved people of all walks of life! He tried living life to the fullest and never met a stranger. He loved to laugh, make others laugh with his jokes and was of Irish and English decent. Robert would give you the shirt off his back and exampled the saying “a man is as good as his handshake.” Robert was of the Catholic faith and retired from precise circuit technologies as a manager. In his spare time Robert enjoyed riding motorcycles, taking care of his animals, watching movies with his family and loved spending time spoiling his grandchildren and great grandchildren. Those left to cherish Robert’s legacy include his son, Robert Cann, Jr (Gina); his grandchildren, Robert William Cann, III, Eric Ngo, Ashley Cann and Chad Cann; his great grandchildren, Ryan Cann, Callie Cann, Arihana Cann and Addahlynn Cann. Several great great grandchildren, nieces, nephews and other extended family also survive. It was Robert’s wishes to be cremated and no formal services are scheduled at this time. Those who would like to make memorials in Robert’s memory are asked to make them to the COPD Foundation. The family would like to especially thank the Volunteer Fire Department and EMS Services – including the Carter County Rescue Squad and the Police Departments for their service and care to Robert. Online condolences may be shared with the family on our website, www.hathawaypercyfuneralhome.com. Hathaway-Percy Funeral Home and Cremation Services is honored to serve the Cann family. Office 423-542-5544.

Robert William Cann, Sr., age 79, of Elizabethton, Tennessee went home to be with his wife and his Lord on Friday, October 29, 2021 at his residence. Robert was born in Lawrence, Massachusetts to the late Gilbert F. Cann, Sr. and Rita Quinn... View Obituary & Service Information

The family of Robert William Cann Sr created this Life Tributes page to make it easy to share your memories.

Send flowers to the Cann family.