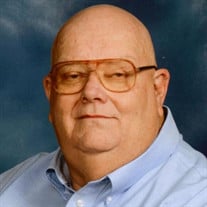 Richard Gale Williams, age 62, of Elizabethton, Tennessee went home to be with the Lord on Tuesday, March 10, 2020 at his residence. Richard was born in Elizabethton to the late Hoover and Rada Peters Williams. In addition to his parents, he was preceded in death by his siblings, Herbert Williams and Lynice Ritchie. Richard was a graduate of Unaka High School and had worked for Grady’s Drycleaners in Johnson City for many years, also, he helped open and worked at Tri-Cities Wholesale Tobacco Store #1 in Boones Creek. Richard was once a member of the Carter County Rescue Squad. He also drove a school bus for Carter County bus garage and did transporting for the Norfolk Southern Railroad Company in Bristol. Richard was of the Christian faith and attended Pleasant Beach Baptist Church. Richard loved to sing, loved a good joke and announced local wrestling events/ E.C.W. and others. He also enjoyed working the old scoreboard for Nascar at BMS races. Richard also sang with different groups both gospel and country. Richard was a band booster member for several years for the Betsy Band in Elizabethton, Tennessee. He also enjoyed camping at Little Wilbur and Roan Mountain campground. Richard had also coached a girls’ softball team junior league for Stacey’s Carpet during the years of 1985 - 1987. Those left to cherish his many wonderful memories include his fiancé, Helen Harris, of the home; his children, Richard Shane Williams and wife Jessica, of Unicoi County, Heather Diane Williams and fiancé Kenneth Harrison II, of Johnson City and daughters-to-be, Heather Reed and Melissa Landry; his special friend/ brother, Danny Simmons, Tommy Addair, Randall Chapman, Earl and Jaye Hattan; eleven grandchildren, Hannah, Olivia, Kelsey, Kenneth III, Elijah, all from Johnson City, TN, Steven and Salym, of Elizabethton, Brooklynn, Charlie, Jonas, all of Kingsport and Betsy, of Virginia Beach, VA; a great granddaughter, Annabelle; and two siblings, Patricia “Trish” Carden and Jessie Williams. Several cousins, nieces and nephews also survive. The family will hold a celebration of life for Richard Gale Williams at 2:00 PM on Saturday, March 14, 2020 at Pleasant Beach Baptist Church with Pastor Mark Fowler, officiating. The family will receive friends from 12:00 PM until 2:00 PM at the church, prior to the service on Saturday.

Richard Gale Williams, age 62, of Elizabethton, Tennessee went home to be with the Lord on Tuesday, March 10, 2020 at his residence. Richard was born in Elizabethton to the late Hoover and Rada Peters Williams. In addition to his parents,... View Obituary & Service Information

The family of Richard Gale Williams created this Life Tributes page to make it easy to share your memories.

Send flowers to the Williams family.