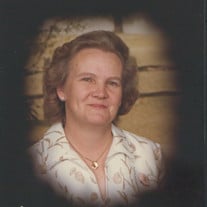 Phoebe Love Ford, age 87, of Elizabethton, died on Saturday, October 29, 2016 at the Franklin Woods Community Hospital following a brief illness. She was the daughter of the late Henry Lewis McKeehan and Amanda Dugger McKeehan and was born in Carter County on February 28, 1929. In addition to her parents, she was preceded in death by her husband, J.B. Ford in 1998; two sons, Randy Ford and Larry Ford. She was also preceded in death by all of her brothers and sisters. Mrs. Ford was a member of Oak Grove Christian Church and was a retired cook having worked at the Milligan College Cafeteria for 16 years and the Senior Citizens Center for 12 years. Those left to cherish her memory include two sons, Joe Ford of the home; Gary Ford and wife, Kay of Elizabethton; two daughters, Judy Guy and husband, Bobby of Johnson City; and Mary Ann Ford of Elizabethton; ten grandchildren; fourteen great-grandchildren; four step-grandchildren and ten step-great-grandchildren. Numerous nieces and nephews also survive. A service to honor the life of Phoebe Love Ford will be conducted at 7:00 PM on Tuesday, November 1, 2016 in the Sunset Chapel of Hathaway Percy Funeral and Cremation Services with Dr. James Richardson and Pastor Mark Street officiating. Music will be under the direction of Jerry Barnett, soloist. The family will receive friends from 5:00 – 7:00 PM on Tuesday prior to the funeral service in the chapel and at the home of a son, Gary Ford, 109 Hyder Road, Elizabethton at other times. The graveside service and interment will be conducted at 1:00 PM on Wednesday, November 2, 2016 at the McKeehan Cemetery. Active pallbearers will be Matthew Byrd, Andrew Byrd, Adam Byrd, Chris Ford, Anthony Ford, Dylan Willis, Travis Estep, Tyler Greybeal and Eddie Ford. Everyone will meet at the funeral home at 12:15 PM on Wednesday to go in procession to the cemetery. Those who prefer memorials in lieu of flowers may make donations to the Shriner’s Hospital for Children, P.O. Box 5548, Kingsport, TN, 37663 or the American Heart Association, Living Legacy Partnership, 1101 North Chase Parkway, Suite 1, Marietta, GA, 30067 or the American Diabetes Association, 900 E. Hill Avenue, Suite 240, Knoxville, TN, 37915.

Phoebe Love Ford, age 87, of Elizabethton, died on Saturday, October 29, 2016 at the Franklin Woods Community Hospital following a brief illness. She was the daughter of the late Henry Lewis McKeehan and Amanda Dugger McKeehan and was born... View Obituary & Service Information

The family of Phoebe Love Ford created this Life Tributes page to make it easy to share your memories.

Send flowers to the Ford family.