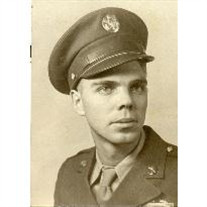 Orville P. Harvey, age 90 of Elizabethton passed away Wednesday, March 30, 2011 at Hermitage Health Care Center following an extended illness. A native of Avery County, North Carolina, he was a son of the late, C.M. Harvey and Myrtle Harvey Perry. Mr. Harvey served in the United States Army for 22 years. He served during World War II and was at Pearl Harbor on December 7, 1941 when the Japanese attacked. Mr. Harvey retired from the military in 1962. Following his retirement, he worked at North American Rayon Corporation. He was a longtime and faithful member of Harmony Baptist Church, where he had served as a deacon. In addition to his parents, he was preceded in death by his wife, Lonnie Stout Harvey, and a son, Danny P. Harvey. Survivors include two sisters-in-law, Mrs. Ruth Davis of Panama City, FL, Mrs. Freida Stout of Knoxville; three nieces Mrs. Peggy Davis, and Ms. Marcella Nidiffer both of Elizabethton and Mrs. Angie Wade of Panama City, FL. Several cousins and special neighbors, Willie and Judy Guinn, David Davis, and Ernest “Fuzz” Oliver also survive. The graveside service and interment for Mr. Harvey will be conducted at 12:30 P.M. Friday, April 1, 2011 at Happy Valley Memorial Park with Rev. Bill Peters and Pastor Nathan Jennings officiating. Military Honors to be accorded by American Legion Post #49. Those who wish to attend the graveside service are ask to meet at the cemetery at 12:20 P.M. on Friday.

The family of Orville Harvey created this Life Tributes page to make it easy to share your memories.

Send flowers to the Harvey family.