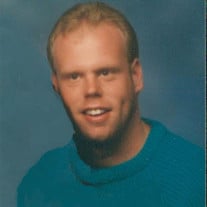 Mr. Monty Ray Lowe, age 54, of Elizabethton, TN passed away Sunday, September 25, 2016 at his residence peacefully in his sleep. A native Carter County, he was the son of Charles Raymond Lowe, of the home and the late Charlotte Hutchins Lowe. Mr. Lowe was a construction worker. He was a member of First Freewill Baptist Church, Elizabethton. He enjoyed spending time with his family and friends. He leaves behind a legacy that will never be forgotten by all his loving and caring friends that have loved him all through the years. In addition to his mother, he was preceded in death by a special uncle, Ralph Lowe. Those left to cherish his memory in addition to his father are a sister, Sonja Holsclaw and husband Rick, Elizabethton (Tiger Creek Community); two brothers, Richard Lowe, Raleigh, NC and Joey Lowe and wife Lisa, Watauga, TN and a half-brother, Noah Lowe, Elizabethton. Several very special nieces, nephews, aunts and uncles also survive. A service to honor the life of Mr. Monty Ray Lowe will be conducted at 7:00 P.M. Thursday, September 29, 2016 in the Sunset Chapel of Hathaway-Percy Funeral and Cremation Services with Rev. Nathan Jennings, Rev. Jack Lloyd and Rev. Randy Johnson officiating. The family will receive friends at the funeral home from 5:00 – 7:00 P.M. on Thursday prior to the funeral service or at his residence or the residence of a brother, Joey Lowe at any time. Graveside service and interment will be conducted at 10:00 A.M. Friday, September 30, 2016 in the Blevins Cemetery. Active pallbearers will be Bucky Peters, Mick Marshall, Alan Powell, David Yates, Tony Wilson, Nicky Grindstaff, Dustin Holsclaw and Johnny Fair. Honorary pallbearers will be his nephew, Travis Lowe, Steve Lowe, Mark Weddle, Eddie Coe, Phil Pierce and the 1980 Class of Elizabethton High School. Everyone will meet at the funeral home at 9:15 A.M. on Friday to go in procession to the cemetery.

Mr. Monty Ray Lowe, age 54, of Elizabethton, TN passed away Sunday, September 25, 2016 at his residence peacefully in his sleep. A native Carter County, he was the son of Charles Raymond Lowe, of the home and the late Charlotte Hutchins Lowe.... View Obituary & Service Information

The family of Monty Ray Lowe created this Life Tributes page to make it easy to share your memories.

Send flowers to the Lowe family.