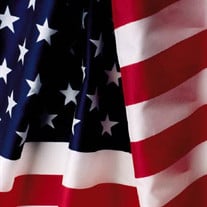 On January 30, 2015, his precious Lord took his hand and took Milton M. Hayes, 80, of Elizabethton, home. He died at his residence following an extended illness. He was the son of the late Mae Humphreys Hayes and Milton Minton Hayes, Sr. and was born in Carter County. In addition to his parents, he was preceded in death by two sisters, Dee Shephard and Melba Harrah; a brother, G.L. Hayes; a niece and a nephew. Mr. Hayes was a veteran of the United States Navy and served his country during the Korean Conflict. He loved his family and his pets and was of the Baptist Faith. He was an auto body repairman. He is survived by two daughters, Lois “Robin” Mayer and her husband, Gary, Austintown, OH; Chyrl McLaughlin and her husband, James, Jonesborough; a grandson, Joshua McLaughlin and his wife, Amy; a great-granddaughter, Karleigh McLaughlin; two nieces, Linda Blevins and Teresa Martinez; a nephew, Herbert Harrah; and his special care-giver, Lisa Cody. Great-nieces and great-nephews also survive. A service to honor the life of Mr. Hayes will be conducted on Monday, February 2, 2015 at 7:00 PM in the Sunset Chapel of Hathaway-Percy Funeral and Cremation Services with Pastor Dale Cunningham officiating. Music will be under the direction of Mr. Steve Ferguson. The family will receive friends in the funeral home chapel from 5:30 – 7:00 PM on Monday prior to the service. The graveside service and interment will be conducted on Tuesday, February 3, 2015 at 11:00 AM at Happy Valley Memorial Park. Active pallbearers will be selected from family and friends. Those wishing to attend are asked to meet at the funeral home at 10:15 AM on Tuesday to go in procession to the cemetery. Those who prefer memorials in lieu of flowers may make donations to the American Cancer Society, C/O Lou Cooter, 415 Washington Avenue, Elizabethton, TN 37644. The family would like to express sincere and heartfelt appreciation to Dr. Chakraborty, his, Nurse Patti, and the staff of CVS Pharmacy in Elizabethton for the love and care shown to Mr. Hayes.

On January 30, 2015, his precious Lord took his hand and took Milton M. Hayes, 80, of Elizabethton, home. He died at his residence following an extended illness. He was the son of the late Mae Humphreys Hayes and Milton Minton Hayes, Sr. and... View Obituary & Service Information

The family of Milton M. Hayes created this Life Tributes page to make it easy to share your memories.

Send flowers to the Hayes family.