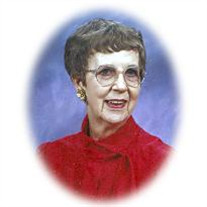 Mrs. Maxine Pierce Bentley, 76, of Johnson City, TN died Wednesday, March 9, 2011 at her residence following a brief illness. A native of Carter County, she was the daughter of the late Dayton Bruce and Millie Mae Greene Pierce. Mrs. Bentley retired as a telephone operator. She was a member of Sinking Creek Baptist Church.            In addition to her parents, she was preceded in death by her husband, James Buell Bentley; two brothers, Joseph Pierce and Robert Pierce; two sisters, Christine Cross and Adele Smith and a nephew, Harvey Pierce. Survivors include a son, John Bentley and wife Cathie, Elizabethton; a grandson, Gunnar Bentley, Johnson City; granddaughters, Candice Bentley-Hillman, Elizabethton, Iris Bentley, Gray and Hayley Bowers, Elizabethton; four great-grandsons, Gage Hillman, Dylan Hillman, Benjamin Hillman and Noah Freeman. Three nieces and two nephews also survive.            Funeral service for Mrs. Maxine Pierce Bentley will be conducted at 2:00 PM Saturday, March 12, 2011 in the Sunset Chapel of Hathaway-Percy Funeral Home with Rev. Reece Harris officiating. Eulogy will be given by Mr. Gunnar Bentley. The family will receive friends at the funeral home from 12:30-2:00 PM on Saturday prior to the service or at the residence at other times. Interment will follow the funeral service on Saturday in Happy Valley Memorial Park. Active pallbearers will be selected from family and friends.             The family would like to express a special thank you to Mr. Dana Dykes and family and to Mrs. Bentley’s neighbors and friends for the love and support they have shown to her.

The family of Maxine Pierce Bentley created this Life Tributes page to make it easy to share your memories.

Send flowers to the Bentley family.