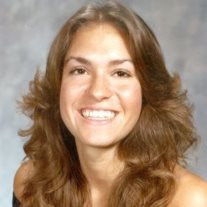 Mrs. Maxie Patton McKeehan, age 55, of Milligan College, TN passed away Thursday, February 27, 2014 in the Johnson City Medical Center Hospital. A native of Johnson City, she was the daughter of Wanda Holder Patton and the late Mack Patton. She and her husband owned and operated McKeehan Lawn Service. She attended Powder Branch Baptist Church. Maxie enjoyed working throughout the summer so she could travel through the winter. In addition to her mother, she is survived by her husband, Teddy McKeehan, of the home; a brother, Jeff Patton and his wife Teresa, Knoxville, TN; a niece, Megan and a nephew, Seth. The family requests the comfort and honor of your presence at the graveside service for Mrs. Maxie Patton McKeehan at 2:00 P.M. Sunday, March 2, 2014 in the Patton-Simmons Cemetery with Pastor Gene Cornett officiating. Those wishing to attend the graveside service are asked to meet at the cemetery at 1:50 P.M. on Sunday. Those who prefer memorials in lieu of flowers may make donations to the Carter County Imagination Library, c/o Elizabethton/Carter County Public Library, 201 North Sycamore Street, Elizabethton, TN 37643 or to Johnson City Medical Center Hospice, 101 Med Tech Parkway, Suite 100, Johnson City, TN 37604.

The family of Maxie Patton McKeehan created this Life Tributes page to make it easy to share your memories.

Send flowers to the McKeehan family.