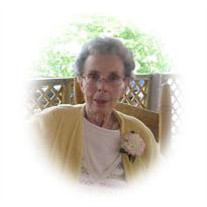 "View This Video Tribute"  Maude Reece Culver, age 90, formerly of 411 S. Roan Street, Elizabethton, passed away Sunday, May 23, 2010 in the Hillview Health Center. A native of Avery County, NC, she was a daughter of the late Mack D. and Myrtle Addie Reece. Mrs. Culver was a former employee of the Giant Supermarket where she decorated cakes for the bakery. She had also worked as an inspector for East TN Undergarment. Mrs. Culver was a member of Immanuel Baptist Church where she had been active with the nursery.In addition to her parents, Mrs. Culver was preceded in death by her first husband, Carl Culver (1970), her second husband, Harvey Pearce (1974), and her third husband, Van Farthing (2001). She was also preceded in death by a daughter, Carolyn Jean Peck, and a brother, Donald Reece.She is survived by two sons and daughters-in-law; Joe and Andrea Culver, Zephyrhills, FL, and Richard and Becky Culver, Elizabethton; a daughter, Catherine Culver, Elizabethton; several step-children and step-grandchildren; a sister, Mary Kate Estep, Elizabethton; and eight grandchildren, Keith Peck, Elizabethton, Julie Peck, Elizabethton, Kimberly Culver, Okemos, MI, Scott Culver, Johnson City, Matt Culver, Cookeville, TN, Carrie Culver, Nashville, TN, Drew Culver, Richmond, VA, and Josh Culver, Elizabethton. Five great-grandchildren and four nieces and nephews also survive.The family will receive friends from 1:00 to 2:30 P.M. Tuesday, May 25, 2010 at the Hathaway-Percy Funeral Home, or at the home of her son, Richard Culver or her daughter, Catherine Culver, other times. The committal and entombment service will be held at 3:00 P.M. Tuesday, May 25, 2010 in the Mausoleum of Hope in the Happy Valley Memorial Park with Rev. Tim Tapp officiating. Music will be provided by Mr. Jerry Barnett, soloist. Active pallbearers will be her grandsons, Keith Peck, Scott Culver, Matt Culver, Drew Culver, Josh Culver, and her great-grandson, Gabriel Lepoutre.The family would like to extend a very special thanks to the staff of Hillview Health Center for the loving and devoted care given to Mrs. Culver during her illness. For those who desire, memorial contributions may be made in lieu of flowers to the building fund at Immanuel Baptist Church, 205 Hunter Ave., Elizabethton, TN 37643.

"View This Video Tribute"  Maude Reece Culver, age 90, formerly of 411 S. Roan Street, Elizabethton, passed away Sunday, May 23, 2010 in the Hillview Health Center. A native of Avery County, NC, she was a daughter of the late Mack D. and Myrtle... View Obituary & Service Information

The family of Maude Reece Culver created this Life Tributes page to make it easy to share your memories.

Send flowers to the Culver family.