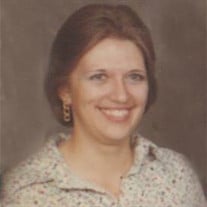 Linda Ruth Beam Hawkins, age 62, of Elizabethton, TN passed away Thursday, July 19, 2018 in the Johnson City Medical Center. A native of Banner Elk, NC she was a daughter of the late Emma Jane Blackburn Beam. Linda worked in Sterile Processing at the Johnson City Medical Center for twenty-five years. She was a veteran of the U.S. Army. Linda was a great mother, aunt and friend. She was a wonderful and incredible woman who you could always count on and who could never be missed enough. In addition to her parents, she was preceded in death by her step-father, Claude Irick; her former husband, Gregory A. Hawkins; brothers, Lloyd Beam, Ford Beam and Larry Beam and a sister, Jean Hicks. Those left to cherish her memory include her daughter, Joanne Hawkins; of the home; brothers, Tom Beam and wife Lori, Junior Beam and wife Joyce, Lawrence Beam and Marcy Shoun and Bob Irick and wife Jeannette. Her wishes were to have no services. Friends may call at her residence between 5:00 P.M. and 9:00 P.M. beginning Tuesday, July 24, 2018. The family would like to express a special thanks to Tom Beam, Lawrence Beam and many others for their love and kindness. Those who prefer memorials in lieu of flowers may make donations to the Memorial and Honor Program, St. Jude Children’s Research Hospital, 501 Jude Place, Memphis, TN 38105-1942.

The family of Linda Ruth Beam Hawkins created this Life Tributes page to make it easy to share your memories.

Send flowers to the Hawkins family.