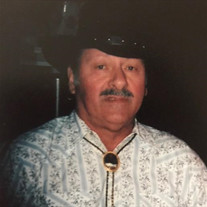 Leonard Simerly, born June 30, 1944, a Purple Heart decorated Vietnam Veteran passed away Saturday, February 10, 2018. He was preceded in death by his dad, Dave Simerly; his mom, Ida Laughman; a brother, Valley Simerly and sisters, Pauline Gunnet and Hazel Forbes. Survivors include his son, Robert Simerly and wife Michelle, his daughter, Amy Martin; four granddaughters, Ashton Eimerbrink, Kaitlynn Simerly-Bende, Brittney Simerly Pekala and husband Jarred, Allexys Simerly; grandson, David Martin II; two great-grandsons, Bo and Weston (Ashton) and two sisters; Wanda Sue and Ginny. Leonard joined the Army and was quickly deployed to Vietnam where had had a hand grenade blow up in front of him which resulted in him having to learn to walk all over again at age twenty-four due to shrapnel in both shins. After the Army, Leonard worked for York International in York, PA for over thirty years. Once retired Leonard moved around a good bit before settling back in Elizabethton, TN. Leonard enjoyed traveling, fishing and drinking beer with friends. A celebration of life for Leonard Simerly will be held at 3:30 P.M. on Friday, February 16, 2018 at the V.F.W. Post 2108 in Johnson City for family and friends. A private inurnment will be held later this summer.

The family of Leonard Simerly created this Life Tributes page to make it easy to share your memories.