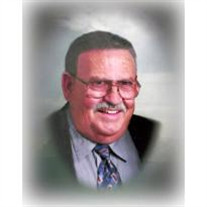 Mr. Leon J. Perry, 73, loving husband, devoted father and grandfather and cherished brother, 290 McKeehan Ridge Road, Elizabethton went home to be with the Lord Thursday, May 13, 2010 at his residence following a lengthy battle with cancer. A native of Carter County, he was the son of the late Earnest Lonzo and Pansy Elizabeth Campbell Perry. He was a 1955 graduate of Elizabethton High School. Mr. Perry retired from Nuclear Fuel Services, Erwin in 1993 after twenty-six years. After his retirement, he started Perry’s Catering which he operated until his illness. He enjoyed woodworking and making his own Christmas decorations. Mr. Perry was an avid Elizabethton Twins baseball fan. He was a member of Oak Grove Christian Church and was a member of Watauga Masonic Lodge #622.  In addition to his parents, he was preceded in death by an infant daughter, Julia Perry and a sister, Norma Carrier. Survivors include his wife of fifty-two years, Rada B. Perry, of the home; two daughters, Debbie Lenden and husband Kevin and Stephanie Nanney and husband David, all of Elizabethton; grandchildren, Jessica Lenden-Holt and husband Forrest, Los Fresnos, TX; Aaron Lenden, Victoria Nanney and Vanessa Nanney, all of Elizabethton; a great-grandchild due in October, 2010; a brother, Howard Perry and wife Evelyn, Johnson City; sisters, Blanche Sass, Tampa, FL, Trula Bullock and husband Gene, Bluff City, Judy Dowell and husband Charles, York, PA and Linda Persinger, Bluff City. Several nieces and nephews also survive.  Funeral service for Mr. Leon J. Perry will be conducted at 7:00 P.M. Saturday, May 15, 2010 in the Sunset Chapel of Hathaway-Percy Funeral Home with Dr. Robert Shannon and Dr. Ted Thomas officiating. Music will be under the direction of Stephanie McKeehan and the Choir of Chinquapin Grove Baptist Church. The family will receive friends from 5:00-7:00 P.M. on Saturday prior to the funeral service or at the residence at other times.  Graveside service and interment will be conducted at 2:00 P.M. Sunday, May 16, 2010 in Happy Valley Memorial Park. Active pallbearers will be Alton Persinger, Ed McDuffy, Jackie McKeehan, Bobby McKeehan, Mark Edens and Rick Davies. Honorary pallbearers will be the men of Oak Grove Christian Church, his brother and brothers-in-law, Ray Lyons Sr., Ray Lyons Jr., and Gary Shipley.  Everyone will meet at the funeral home at 1:15 P.M. on Sunday to go in procession to the cemetery. The family would like to express special thanks to friends at Union Drug Store.  Memorials in lieu of flowers to those who desire may be made to the Library Fund, Oak Grove Christian Church, 436 Jim Elliott Road, Elizabethton, TN 37643.

Mr. Leon J. Perry, 73, loving husband, devoted father and grandfather and cherished brother, 290 McKeehan Ridge Road, Elizabethton went home to be with the Lord Thursday, May 13, 2010 at his residence following a lengthy battle with cancer. A... View Obituary & Service Information

The family of Leon J. Perry created this Life Tributes page to make it easy to share your memories.

Send flowers to the Perry family.