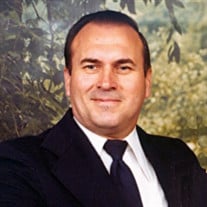 Mr. Kenneth H. Morgan, age 83, of Elizabethton, TN passed away Wednesday, July 2, 2014 at his residence. A native of Maryville, TN he was the son of the late Grover Lee and Jane Della Long Morgan. He worked as a buyer/store manager with A... View Obituary & Service Information

The family of Kenneth H. Morgan created this Life Tributes page to make it easy to share your memories.

Send flowers to the Morgan family.