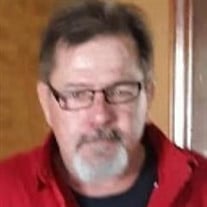 Jude T. Yannantuono, age 60, of Elizabethton, TN passed away peacefully Thursday, January 21, 2021 at his residence. He was the son of the late Harold John Treuer and Catherine Veaudry of Bronx, NY. Jude was of the Christian faith, and was educated in New York and had his Bachelors of Science degree in business and later worked in construction for many years. He was always the first person to help anyone in need and was known to volunteer at Second Harvest and Arms. He always had a smile on his face. In addition to his parents he was preceded in death by his sister, Toni Ann Homan and numerous aunts, uncles and cousins. Those left to cherish his memory include his step-mother, Ute Treuer, of MO, three brothers, Auther Mervive, of NY, Michael Yannantuono, of NC, and Roland Vanderoost, of MO, seven sisters, Teresa Ogden, Allison Haskel, JoJo Yannantuono, Jerryann Treuer, all of NY, Kelly Whisenhunt, of TN, Barbara Huber, of MO and Rosewitta Vanderoost, of Germany; special friends, Melisia Jane Potter, of TN, John Baily and Debbie Elder-Fratello, both of NY. A celebration of life ceremony for Jude T. Yannantuono will be held at 1:00 P.M. on Thursday, July 1, 2021 in Hancock, New York. Honorary pallbearers will be Mike Ingram, Mike Phelps, Mike Carr, Devon Buck, Richard Campbell, Breese Ayers and Green Pastures. Those who prefer memorials in lieu of flowers may make donations to the Jewish National Fund at 78 Randall Avenue, Rockville Centre, NY 11570. The family would like to give a special thanks to Debbie Elder-Fratello for planting a tree in memory of Jude in Israel. Online condolences may be shared with the family and viewed on our website at www.hathawaypercy.com. Hathaway-Percy Funeral and CrematIon Services are honored to serve the Yannantuono family.

Jude T. Yannantuono, age 60, of Elizabethton, TN passed away peacefully Thursday, January 21, 2021 at his residence. He was the son of the late Harold John Treuer and Catherine Veaudry of Bronx, NY. Jude was of the Christian faith, and was educated... View Obituary & Service Information

The family of Jude T. Yannantuono created this Life Tributes page to make it easy to share your memories.

Send flowers to the Yannantuono family.