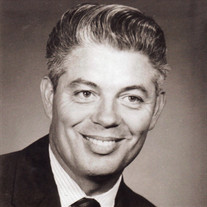 Dr. Joseph F. Hyskell, Jr., 87, of Elizabethton, passed away on Friday, January 2, 2015 at his home. He was the son of the late Mildred Fortner Hyskell and Joseph Frederick Hyskell, Sr. was born in Kansas City, MO. In addition to his parents, he was preceded in death by three brothers. Dr. Hyskell was a Southern Baptist Minister, a missionary and an author. He loved to preach the Gospel and made thirty six mission trips to many countries including the Philippines. He smuggled Bibles behind the Iron Curtain in Romania and Bulgaria. He started seven churches, two medical clinics and two seminaries in the Philippines. Since 1985 he has shared medicine with over 32,000 people in the Philippines. He was a veteran of the United States Navy and served in WWII. He was a member of Piney Flats First Baptist Church. Dr. Hyskell is survived by his wife of sixty-five years, Dixie Mae Hyskell of the home; three sons, Fred Bruce Hyskell, Elizabethton; Mark Douglas Hyskell and his wife, Gretchen, Tulsa, OK; Brent Andrew Hyskell and his wife, Paige, Jacksonville, FL; eight grandchildren, Jenyce Mae Rallo, Mary Deborah Bauer, David Mark Douglas Hyskell, Katie Stukes, Corey Hyskell, Brianna Hyskell, Dustin Brooks and Jonathan Islin; three great-grandchildren; two sisters, Carole Raines and Chiquita Hunnicutt, both of Kansas City, MO. Several nieces and nephews also survive. A service to honor the life of Dr. Hyskell will be conducted on Wednesday, January 7, 2015 at 11:30 AM at the First Baptist Church of Piney Flats with Dr. Allen Davis officiating. Music will be under the direction of the church. The family will receive friends in the church from 10:30 – 11:30 AM on Wednesday prior to the service. The graveside service and interment will be conducted at 1:00 PM on Wednesday at Mountain Home National Cemetery, Mountain Home, Tennessee. Active pallbearers will be selected from family and friends. Military honors will be accorded by the Carter County Honor Guard.

Dr. Joseph F. Hyskell, Jr., 87, of Elizabethton, passed away on Friday, January 2, 2015 at his home. He was the son of the late Mildred Fortner Hyskell and Joseph Frederick Hyskell, Sr. was born in Kansas City, MO. In addition to his parents,... View Obituary & Service Information

The family of Dr. Joseph F. Hyskell Jr. created this Life Tributes page to make it easy to share your memories.

Send flowers to the Hyskell family.