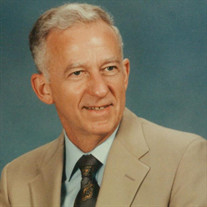 Jerry L. Haynes, age 82, of Johnson City, TN transferred to eternity on Monday, April 12, 2021 at Franklin Woods Community Hospital. He was born in Watauga, TN to the late Paul and Launa Haynes. Jerry was a Christian and baptized at age eleven and became a member of Lick Creek Christian Church where he served as a teacher and church officer. He also was the director of four homeowner’s associations. At age seventeen, Jerry began his working career at Appalachian Flying Service after completing his education at Elizabethton High school and during completion of Pre-Engineering at ETSC. During and after completing his degree in Mechanical Engineering, he enjoyed a five decade working career with Sperry Rand Corporation, Marchant Calculators, Veeder Industries and CEO of Pacer Engineering and Marketing Corporation. He was also an inventor with United States and International patents. Continuing education, spiritual and physical fitness along with volunteer service were defining components of Jerry’s life. His commitment to volunteer service began in the Boy Scouts at Watauga Elementary School where he served as Custodian of the U.S. flag. Jerry enjoyed a simple life, just like his favorite ice-cream “plain vanilla”; playing croquet and pitching mule shoes with his neighbors on warm summer evenings while growing up in Lick Creek, TN. During retirement he served in the US Coast Guard Auxiliary for fifteen years in positions including: Flotilla Commander, Chaplain, Operations Officer, Member Training Officer, Instructor and Vessel Examiner. He achieved his AUXOP, also referred to as the PHD of the U.S Coast Guard Auxiliary and served in missions of the regular U.S. Coast Guard including: member training, search and rescue, special operations and watch stander. In addition to his parents, he was preceded in death by his sister, Jeannie Haynes; brother, Joe Haynes and grandson, Joseph Haynes. Those left to cherish his memory are his beloved wife, Joanna Isbell, of the home; three sons, Grant Haynes and wife Holly, Mark Haynes and wife Debbie and Kenneth Haynes, all of North Carolina; three step-sons, Bill and wife Sharon, Gary and wife Kimberly and Greg and wife Jackie; five grandchildren, two great-grandchildren, step-grandchildren and many nieces and nephews also survive. Jerry’s wishes were to be cremated and buried alongside his parents in George Mottern Cemetery, Watauga, TN. Dates and details of his private graveside service are incomplete at this time. Those who prefer memorials in lieu of flowers may make donations to Second Harvest Food Bank, 1020 Jericho Drive, Kingsport, TN 37663 and www.netfoodbank.org/donate, St. Jude Children’s Hospital, 501 St. Jude Place, Memphis, TN 38102 and www.stjude.org/donate, or Westminster Presbyterian Church, [email protected] in honor of Jerry L. Haynes.

Jerry L. Haynes, age 82, of Johnson City, TN transferred to eternity on Monday, April 12, 2021 at Franklin Woods Community Hospital. He was born in Watauga, TN to the late Paul and Launa Haynes. Jerry was a Christian and baptized at age eleven... View Obituary & Service Information

The family of Jerry L. Haynes created this Life Tributes page to make it easy to share your memories.

Send flowers to the Haynes family.