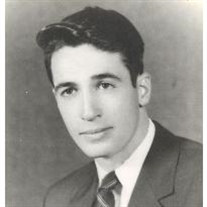 Mr. James Roy Taylor, 78, of Salisbury, NC died Saturday, May 22, 2010 at the Lutheran Home at Trinity Oaks following a lengthy illness. A native of Elizabethton, TN he was born May 20, 1932 and was the son of the late Earl Wilson and Delphia Whitehead Taylor.            Mr. Taylor received an accounting degree from Steed College and a Masters Degree in Public Administration from Appalachian State University. He was a U.S. Army veteran of the Korean Conflict. He served as Executive Director of the Housing Authorities in the cities of Mt. Airy, NC; Columbia, SC; Statesville, NC and Salisbury, NC. He had a combined total of forty-two years of service. He was a lifetime member of Oak Grove Christian Church, Elizabethton.In addition to his parents, Mr. Taylor was preceded in death by two grandchildren, Kaitlyn Marie Taylor and Dylan James Taylor. Survivors include his wife, Peggy M Taylor, Salisbury, NC; two sons, Mark Taylor and wife Linda, Statesville, NC and Eric Taylor, Chattanooga, TN; a daughter, Mary Ann Major and husband Jeff, Colorado Springs, CO and four grandchildren, Joshua David Taylor, Margaret Jean Taylor, Christopher Thomas Major and Sarah Ann Major.Funeral service for Mr. James Roy Taylor will be conducted at 7:00 PM Thursday, May 27, 2010 in the Sunset Chapel of Hathaway-Percy Funeral Home with Mr. James Greene and Mr. Chris Hawkins officiating. Music will also be under the direction of Mr. Greene and Mr. Hawkins. The family will receive friends at the funeral home from 6:00-7:00 PM on Thursday prior to the funeral service.Graveside service and interment will be conducted at 11:00 AM Friday, May 28, 2010 in Mountain Home National Cemetery. Active pallbearers will be selected from family and friends. Military honors will be accorded by the American Legion Post #49. Everyone will meet at Hathaway-Percy Funeral Home at 10:00 AM on Friday to go in procession to the cemetery.In lieu of flowers to those who desire memorials may be made to the Juvenile Diabetes Research Foundation, 1628 E. Morehead St., Suite 200, Charlotte, NC 28207.

Mr. James Roy Taylor, 78, of Salisbury, NC died Saturday, May 22, 2010 at the Lutheran Home at Trinity Oaks following a lengthy illness. A native of Elizabethton, TN he was born May 20, 1932 and was the son of the late Earl Wilson and Delphia... View Obituary & Service Information

The family of James Roy Taylor created this Life Tributes page to make it easy to share your memories.

Send flowers to the Taylor family.