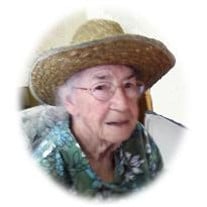 "View This Video Tribute"Mrs. Georgia R. Ford, 86, 492 Long Hollow Road, Elizabethton passed away peacefully following a brief illness Tuesday, May 10, 2011 at Sycamore Shoals Hospital. A native of Carter County, she was the daughter of the late Dave and Bess Elizabeth Emmert Glover. Mrs. Ford had been a cook at the East Tennessee Christian Home. She was an avid bluegrass and country music fan who loved attending music events at the Red Barn. Mrs. Ford was a member of Pleasant Beach Baptist Church.  In addition to her parents, she was preceded in death by her husband, Roy Lee Ford.  Survivors include three sons, Bob Ford and wife Kathy, Elizabethton; Ken Ford and wife Brenda, Unicoi and Jesse Ford, Elizabethton; two daughters, Bonnie Moses, Johnson City and Sherry Berry, Elizabethton; thirteen grandchildren; eight great-grandchildren; a brother, Billie Jack Glover, Johnson City; two sisters, Pearl Jones and husband Kenneth, Elizabethton and Betty Townsend and husband Bob, Johnson City. Several nieces and nephews also survive.  Funeral service for Mrs. Georgia R. Ford will be conducted at 7:00 P.M. Wednesday, May 11, 2011 in the Sunset Chapel of Hathaway-Percy Funeral Home with Rev. Charles Biggs and Pastor Bobby Stout officiating. The family will receive friends at the funeral home from 5:00-7:00 P.M. on Wednesday prior to the funeral service or at the residence of a son, Bob Ford, 492 Long Hollow Road, Elizabethton at other times. Graveside service and interment will be conducted at 11:00 A.M. Thursday, May 12, 2011 in Mountain Home National Cemetery. Active pallbearers will be selected from family and friends. Everyone will meet at the cemetery at 10:50 A.M. on Thursday for the graveside service.  The family would like to express a special thanks to the staff of Ivy Hall Nursing Home for their loving care to Mrs. Ford.  Those who prefer memorials in lieu of flowers, may make donations to Ivy Hall Nursing Home, 301 Watauga Avenue, Elizabethton, TN 37643.

"View This Video Tribute"Mrs. Georgia R. Ford, 86, 492 Long Hollow Road, Elizabethton passed away peacefully following a brief illness Tuesday, May 10, 2011 at Sycamore Shoals Hospital. A native of Carter County, she was the daughter of the... View Obituary & Service Information

The family of Georgia R. Ford created this Life Tributes page to make it easy to share your memories.

Send flowers to the Ford family.