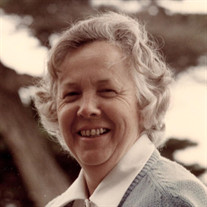 Mrs. Geneva Smalling, age 95, formerly of Watauga, passed away on Saturday, August 06, 2016 at the Cornerstone Village in Johnson City. She was born and raised in the Dennis Cove community of Carter County to the late G.C. and Annie Mae Holly Whitehead. In addition to her parents, she was preceded in death by her husband, Robert Woodrow Smalling in 2010; four brothers, Charlie Whitehead, Joe Whitehead, Dave Whitehead and Martin Whitehead; and five sisters, Orpha Norris, Hazel Oliver, Ethel Childers, Mary Holdway and Martine Whitehead. Geneva was a member of Brick Christian Church in Watuaga and was a longtime Farm Bureau member having served on the board of directors. Those left to cherish her memory include one son, Robert “Doug” Smalling (Sonja) of Watauga; two daughters, Linda Ann McCormick (Mark) of Woodstock, IL, Glenda Lee Wilson of Elizabethton; two grandchildren Holly Jacqueline Davis and Daniel David Wilson both of Elizabethton; and several nieces and nephews. A service to honor the life of Mrs. Geneva Smalling will be conducted at 7:00 PM on Monday, August 8, 2016 in the Sunset Chapel of Hathaway-Percy Funeral and Cremation Services with Mr. Ernie Depew, Minister officiating. The family will receive friends from 5:00 – 7:00 PM on Monday, prior to the funeral service. The committal and entombment service will be conducted at 10:00 AM on Tuesday, August 9, 2016 in the Mausoleum of Peace at Happy Valley Memorial Park. Everyone will meet at the mausoleum at 9:55 AM on Tuesday. Honorary pallbearers will be her nephews and the members of Brick Christian Church. The family would like to extend a thank you to a favorite nephew, Larry Norris and wife Lou and to a special friend, Ruby Malone for their loving kindness shown to Geneva. Those who prefer memorials in lieu of flowers may make donations to the Elizabethton/Carter County Humane Society, PO Box 134, Elizabethton, TN 37644 or Brick Christian Church, 815 Watauga Road, Watauga, TN, 37694.

Mrs. Geneva Smalling, age 95, formerly of Watauga, passed away on Saturday, August 06, 2016 at the Cornerstone Village in Johnson City. She was born and raised in the Dennis Cove community of Carter County to the late G.C. and Annie Mae Holly... View Obituary & Service Information

The family of Geneva Smalling created this Life Tributes page to make it easy to share your memories.

Send flowers to the Smalling family.