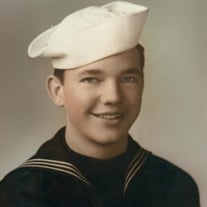 Margaret Street passed away in her family home August 11, 2017 after an extended illness. Garrett Hazen Street, her husband of seventy-one years of marriage, passed away two days later on August 13, 2017. Margaret Ella Mae Street, born on Stoney Creek on January 25, 1929, was the youngest daughter of Wiley Washington Estep and Claire Emily (Arnold) Estep. She was the last surviving sibling of ten children, six who had grown into adulthood. Garrett Hazen Street was born on Stoney Creek on July 16, 1926, the son of Garrett Hazen Street Senior and Minta Missouri (Eller) Street. He is survived by his brother Herb Street and wife Kathy. Garrett Hazen was a World War II veteran, serving as a “gunner” on Naval aircraft in the Pacific. He graduated from Milligan College in Elizabethton and worked for General Motors from 1950 until his retirement in 1985. He held various positions throughout his career, including Personnel Director in Muncie and later Vice-President of Labor Relations for Chevrolet. He owned and flew his own aircraft for a time. He loved golfing and martinis. After retirement, he became heavily involved in Dungan Chapel Baptist Church and was a charitable man. Margaret was a great homemaker and well-loved by most everyone. She was talented in whatever she was interested in at the time, such as winning numerous golf tournaments and making her daughters’ gowns for prom. She was very interested in art and picked up painting later in life, as well as being an avid reader. She enjoyed entertaining guests at her home for Garrett’s work events. She volunteered at Sycamore Shoals for a time. She was a very sweet, intelligent, and interesting person. Garrett and Margaret lived in Detroit, Muncie, and Cleveland during Garrett’s GM career, and moved back to Margaret’s childhood home in Elizabethton after Garrett’s retirement, while also spending winters in Fort Myers. Margaret was “brought down Estep Hollow in a wagon at 2 months of age” to move to the home and she later died there eighty-eight years later. They are survived by their three children; Garry Street and wife Lisa of Elizabethton, TN, Judy Fanning of Muncie, IN, and Beverly House of Elizabethton, TN; six grandchildren, including Michael Ball of Fort Wayne, IN, Chad Street and wife Liana of Longmont, CO, Michael Street and wife Carrie of Loveland, CO, Nicholas House of Muncie, IN, Randall House and wife Jacalyn of Falling Waters, WV, and Matthew House and wife Hillary of Indianapolis, IN; and seven great-grandchildren; also Lora Jones, who was there with Margaret the last six years of her life.

The family of Garrett Hazen Street created this Life Tributes page to make it easy to share your memories.

Send flowers to the Street family.