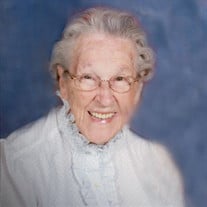 Mrs. Frances Nettles Bare, age 86, of Elizabethton, TN passed away Tuesday, December 29, 2015 in Hermitage Health Care, Elizabethton following a brief illness. A native of Beaufort, SC she was the daughter of the late Willie and Anna Youmano Nettles. Mrs. Bare was a homemaker and she was an active member of Oak Street Baptist Church. In addition to her parents, she was preceded in death by her husband, Ervin B. Bare; a sister, Claire Jager and a half-brother, Ford Nettles. Those left to cherish her memory include two sons, Stanley Bare and wife Lisa, Jonesborough, TN and Terry Bare and wife Mary Lynn, Hopkins, SC; two grandchildren, Allen Bare and Emily Bare, both of Jonesborough, TN; two half-sisters, Elaine and Vera and a half-brother, Jack. Several nieces and nephews also survive. A service to honor the life of Mrs. Frances Nettles Bare will be conducted at 1:00 P.M. Saturday, January 2, 2016 in the Sunset Chapel of Hathaway-Percy Funeral and Cremation Services with Dr. Kenneth Jordan and Rev. Garry Edwards officiating. Interment will follow the funeral service in Happy Valley Memorial Park. Active pallbearers will be selected from family and friends. The family will receive friends at the funeral home from 5:00 – 7:00 P.M. on Friday, January 1, 2016 or at the residence at other times. Those who prefer memorials in lieu of flowers may make donations to Susan G. Komen for the Cure, P. O. Box 650309, Dallas, TX 75265-0309 or to Oak Street Baptist Church, 804 Oak Street, Elizabethton, TN 37643.

The family of Frances Nettles Bare created this Life Tributes page to make it easy to share your memories.

Send flowers to the Bare family.