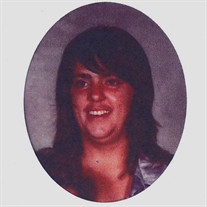 Eleanor Faye Presnell, age 68, of Johnson City, TN passed away Wednesday, October 18, 2017 in Hillview Health Center, Elizabethton. A native of Aniston, AL she was the daughter of the late Roy Douglas and Madge Dugger Anderson. She retired as an associate at Walmart. Ms. Presnell was of the Holiness Faith. She was a loving mother and grandmother. In addition to her parents, she was preceded in death by a daughter, Tabitha Rush; a sister, Dorothy Church, and maternal grandparents, Bill and Eleanor Puckett. Those left to cherish her memory include a son, Mack Presnell Jr. and wife Cheryl, Gate City, VA; five granddaughters, Olivia Eleas, Katelyn Presnell and Josie Sparks, all of Elizabethton, TN, Kaycee Rush, Gray, TN and Payton West, Kingsport, TN; a great-granddaughter, Athena; three great-grandsons, Malachi, Samuel and Colton; three sisters, Elsie Presnell, Hampton, TN, Helen Lovelace and Betty Puckett, both of Elizabethton, TN and three brothers, Ronald Puckett and Donald Puckett, both of Greeneville, TN and Afton Puckett, Elizabethton, TN. Eight nieces, eight nephews and many great-nieces and great-nephews also survive. A service to honor the life of Eleanor Faye Presnell will be conducted at 6:00 P.M. Saturday, October 21, 2017 in the Sunset Chapel of Hathaway-Percy Funeral and Cremation Services with Rev. Dean Presnell Sr. and Rev. Mack Presnell Sr. officiating. Music will be under the direction of Michael Presnell and Tammy Murray. The family will receive friends at the funeral home from 4:00 – 6:00 P.M. on Saturday prior to the funeral service. Graveside service and interment will be conducted at 2:00 P.M. Sunday, October 22, 2017 in Markland Cemetery, Buck Mountain. Active pallbearers will be selected from family and friends. All those attending the graveside service will meet at the funeral home at 12:45 P.M. on Sunday to go in procession to the cemetery.

The family of Eleanor Faye Presnell created this Life Tributes page to make it easy to share your memories.

Send flowers to the Presnell family.