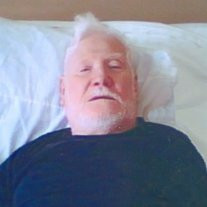 Mr. Edwin Earl Williams, age 83, of Elizabethton, TN passed away Monday, February 4, 2013 at Hillview Health Care, Elizabethton. A native of Carter County, he was the son of the late George L. and Margaret Bowling Williams. Mr. Williams was a retired mechanic having worked at Ford and Chevrolet dealerships in Elizabethton. In addition to his parents, he was preceded in death by two sisters Lena Jones and Sandra Brock. His brother, Carl Howard Williams passed away hours after him on the same date. Survivors include sisters, Iva Lee Williams and husband Jewel, Mountain City, Carolyn Campbell and husband Henry, Pearl Hilton, Patricia Collins and husband Donnie and Margaret Hopson, all of Elizabethton and brothers, Lewis Harold Williams and wife Nell, Panama City, FL and Robert Joe Williams and wife Dorothy, Hampton, TN. Many nieces and nephews also survive. Graveside service for Mr. Edwin Earl Williams will be conducted at 2:00 P.M. Wednesday, February 6, 2013 in Grindstaff Cemetery with Rev. Carl Grindstaff officiating. Active pallbearers will be Michael Brock, Leslie Brock, Kevin Collins, Jeff Hilton, Jewel Williams and Henry Campbell. Those wishing to attend the graveside service will meet at Hathaway-Percy Funeral and Cremation Services at 1:00 P.M. on Wednesday to go in procession to the cemetery. The family would like to express a special thanks to the staff of Hillview Health Care for their loving care of Mr. Williams.

The family of Edwin Earl Williams created this Life Tributes page to make it easy to share your memories.

Send flowers to the Williams family.