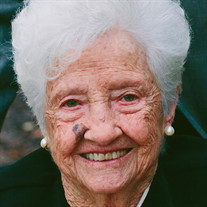 Mrs. Edna Humphrey Collins, age 90, of Elizabethton, TN passed away on Saturday, July 29, 2017 at her residence. She was a daughter of the late William Francis and Rose Velda Reese Humphrey and was born in Johnson County. In addition to her parents, she was preceded in death by her husband, JL Collins, one brother, William “Bill” Humphrey and one sister, Nora Lou Estep. Edna was a graduate of Elizabethton High School and enjoyed attending the high school reunions throughout the years. She retired from Raytheon and was a member of First Christian Church of Elizabethton as well as the Fidelis Sunday School Class. She enjoyed attending Bible Study on Monday mornings, traveling, dining, going to the movies and was an avid reader. She also enjoyed watching her four grandsons play sports. Those left to cherish her memory include one son, Larry D. Collins and wife Chris of Johnson City; one daughter, Teresa Collins Carver of Elizabethton; four grandsons, Ryan Collins and wife Brittany of Morristown; Evan Collins of Johnson City; Sean Collins and wife Grace of Asheville, NC and Alden Collins of Morristown; sisters, Ruth Baker of Panama City, FL; Mary Bryant and Martha Dorsey both of Elizabethton; and one brother, Kenneth “Hawkeye” Humphrey of Elizabethton. Several nieces and nephews also survive. A celebration of life service for Mrs. Edna Humphrey Collins will be conducted at 7:00 PM on Thursday, August 3, 2017 in the Sunset Chapel of Hathaway-Percy Funeral and Cremation Services with Mr. Michael Klaus and Mr. John H. Smith, ministers and Dr. David Mills officiating. Music will be under the direction of Mr. Gene Estep. The family will receive friends from 6:00-7:00 PM on Thursday prior to the service in the chapel. The graveside service and interment will be conducted at 10:00 AM on Friday, August 4, 2017 at Mountain Home National Cemetery. Active pallbearers will be Kenny Carter, Steve Dunlap, Leonard Febuary, Charles Henson, Ikie Higgins and John Pierce. Everyone will meet at Hathaway-Percy Funeral and Cremation Services at 9:00 AM on Friday to go in procession to the cemetery. The family would like to extend a special thank you to Donnis Trivette, Ruby Harding, Melissa Hopson, Andrea Lyons and the Mountain States Hospice care team for the loving care given to Mrs. Collins. Those who prefer memorials may make donations to First Christian Church Children’s Department, 513 Hattie Avenue, Elizabethton, TN, 37643.

Mrs. Edna Humphrey Collins, age 90, of Elizabethton, TN passed away on Saturday, July 29, 2017 at her residence. She was a daughter of the late William Francis and Rose Velda Reese Humphrey and was born in Johnson County. In addition to her... View Obituary & Service Information

The family of Edna Humphrey Collins created this Life Tributes page to make it easy to share your memories.

Send flowers to the Collins family.