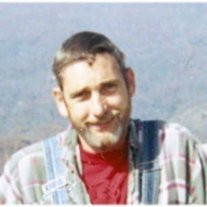 Mr. Eddie J. Clark, age 64, 1093 Tiger Creek Road, Roan Mountain, TN passed away Saturday, March 9, 2013 in the Johnson City Medical Center following a brief illness. A native of Carter County, he was the son of the late Earl and Helen Ruth Hill Clark. He was of the Baptist faith. Eddie was an avid Nascar fan and he enjoyed fishing. In addition to his parents, he was preceded in death by a daughter, Jessica N. Clark; two brothers, Stevie Clark and Cecil Clark and by a special nephew, Randy Chambers. Survivors include his wife of thirty-eight years, Robin Clark, of the home; two sisters, Judy Gouge and husband John, Unicoi and Mina Chambers and husband Earl, Roan Mountain; three brothers, Larry Clark and Gary Clark, both of Roan Mountain and Harold Clark and wife Lahoma, Elizabethton. Several nieces and nephews; a very special great-niece, Nevaeh Baird of NC and his faithful companions, his cat Marshmallow and dog Mitzi also survive. Funeral service for Mr. Eddie J. Clark will be conducted at 7:00 P.M. Tuesday, March 12, 2013 in the Sunset Chapel of Hathaway-Percy Funeral and Cremation Services with Rev. Robert Watson and Rev. Bob Campbell officiating. Music will be under the direction of Gladys Winfrey, soloist. The family will receive friends at the funeral home from 5:00 – 7:00 P.M. on Tuesday prior to the funeral service or at the residence at other times. Graveside service and interment will be conducted at 11:00 A.M. Wednesday, March 13, 2013 in Captain Nelson Cemetery, Roan Mountain. Active pallbearers will be Terry Hyder, Ford Hyder, Wayne Blevins, Timmy Chambers, Jerome Webb and Kevin Blevins. Everyone will meet at the cemetery at 10:50 A.M. on Wednesday for the graveside service. The family would like to express a special thanks to a niece Sherry Blevins, Dr. Wesley Hanson and the staff of Roan Mountain Medical Center and the nurses at the Johnson City Medical Center for their loving care to Eddie. Those who prefer memorials in lieu of flowers may make donations to the Carter County Rescue Squad, P. O. Box 682, Elizabethton, TN 37644.

The family of Eddie J. Clark created this Life Tributes page to make it easy to share your memories.

Send flowers to the Clark family.