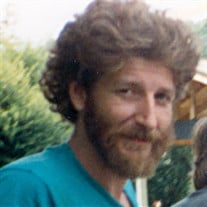 Mr. David Lynn Garland, age 55, of Elizabethton, TN passed away Thursday, August 7, 2014 at his residence following a brief illness. A native of Carter County, he was the son of the late Roy Marvin and Barbara Jean Pearce Garland. Mr. Garland was an auto body technician with Meredith Brothers Collision Specialists. He was of the Freewill Baptist faith. He loved turkey shoots, hunting and the outdoors. In addition to his parents, he was preceded in death by a grandmother, Pearl Cox. Survivors include his wife, Joan Garland, of the home; two sons, Brandon Garland and Lucas Garland, both of the home; a brother, Richard Garland and wife Sylvia, Elizabethton; two sisters-in-law, Judy Bowling, Hampton, TN and Joyce Miller, Elizabethton; his mother-in-law, Hazel Collins Johnson, Elizabethton and a special grandfather, Earl Cox, Elizabethton. Several nieces and nephews also survive. A service to honor the life of Mr. David Lynn Garland will be conducted at 1:00 P.M. Saturday, August 9, 2014 in the Sunset Chapel of Hathaway-Percy Funeral and Cremation Services with Rev. Danny Blevins officiating. The family will receive friends at the funeral home from Noon until 1:00 P.M. on Saturday prior to the service or at the residence at any time. Graveside service will follow in the Lyons Cemetery. Active pallbearers will be employees of Meredith Brothers Collision Specialists, Will Kimberland, Tom Bolton and Jeremiah Bolton. Honorary pallbearers will be John Dale Fenner, Ron Combs, Johnny Crowe and his turkey shoot buddies. The family would like to express a special thank you to Wellmont Hospice for their loving care of Mr. Garland. Those who prefer memorials in lieu of flowers may make donations to the American Cancer Society, c/o Lou Cooter, 415 Washington Avenue, Elizabethton, TN 37643.

The family of David Lynn Garland created this Life Tributes page to make it easy to share your memories.