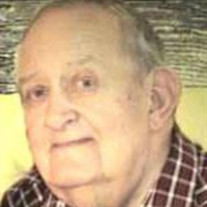 Curtis Alan Poe, age 77, of Shady Valley, TN went to be with his lord on Wednesday, February 10, 2021 from complications with Covid-19. Curtis was born June 24, 1943 in Bristol, TN to the late John Henry Poe Jr. and Carolyn Trent Poe. Curtis was a man who embraced his life every day and lived with a happy soul. He held a joy in life that he shared with his family which were the most treasured thing to him of all. Curtis was a family man who loved to always come home to a house full of his family. He was one to always wave at his neighbors and never knew a stranger. He enjoyed spending time outdoors, hunting, fishing and farming. He was a Navy Veteran and was in the Cuban Missile Crisis. He was a Shriner and a 32nd degree Mason. He was a Godly man who practiced his faith in the way he treated others. He was the most giving and loving man who always tried to help someone in need. In addition to his parents he was preceded in death by his two daughters, Kim Poe and Angela Ward Little. Those left to cherish his memory include his wife, Barbara Pennington Poe, of the home; daughter, Heather Richard, of VA; two sons, Mark Ward, of Shady Valley and Desi Ward and wife Angie, of Mountain City; seven grandchildren, Amanda Ledford, Ashley Litz, Breanna Little, Sophia Ward, Nicholas Ward, Sheena Johnson and Addison Ward; one great-granddaughter, Meleah Johnson; two great-grandsons, Calen Ward and Andrew Johnson; several nieces and nephews also survive. Funeral Services are incomplete at this time due to the Covid-19 pandemic. His memory will live on forever in his family’s hearts and many hearts of those whose lives he had touched. Online condolences may be shared with the family and viewed on our website at www.hathawaypercy.com. Hathaway-Percy Funeral and Cremation Services are honored to assist the Poe family.

The family of Curtis Allen Poe created this Life Tributes page to make it easy to share your memories.

Send flowers to the Poe family.