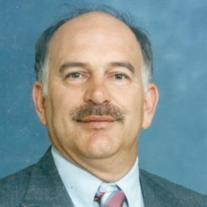 Curtis B. Bullock, age 65, of 614 Evergreen Lane, Elizabethton, passed away Friday, June 29, 2012 in the James H. Quillen VAMC, Nursing Home following a brief illness. A native of Elizabethton, he was a son of Lillian Jeanette Campbell Bullock of Elizabethton and the late Clyde William Bullock. Curtis was a veteran with the U.S. Marine Corp having served from 1966 to 1972, part of which time he served in the Vietnam War. He was a Corporal in the 1st Marine Division, 2nd Battalion Company F Combat Infantry. He was a two time recipient of the Purple Heart. Mr. Bullock retired from the Eastman Chemical Company following 32 years of service where he worked in the Tenite Division. He was a member of East Side Baptist Church. Curtis was an avid outdoorsman and gardener and loved to share his bounty from his garden with his family and friends. In addition to his mother, Curtis is survived by his loving wife of 44 years, Nancy Lee Bullock, of the home; two sons and daughters-in-law, Christopher William and Stephanie Bullock, Jonesborough, and Curtis Lee and Jessica Bullock, Elizabethton; a granddaughter, Kaylee Bullock, Jonesborough; a sister, Vickie Almaroad and her husband, Roy, Kingsport; and a very special aunt, Shirley Nicholson, Elizabethton. Several nieces, nephews, and cousins also survive. In addition to his father, Mr. Bullock was preceded in death by an infant son. The family of Curtis B. Bullock will receive friends Monday, July 2, 2012 from 5:00 to 7:00 P.M. at Hathaway-Percy Funeral and Cremation Services. The graveside service will be conducted at 2:00 P.M. Tuesday, July 3, 2012 in the Mountain Home National Cemetery with Pastor Jeremy Rhoton officiating. Military honors will be accorded by the U.S. Marine Corp Honor Guard whom will also serve as pallbearers. Honorary pallbearers are Richard Hale, Frank Grindstaff, Mark Musick, Mark Hyatt, Ken Rainbolt, Randall Hutchins, Berdell Little, Mars Hawkins, Ben Hawkins, Fred McCamy, Sam Rogers, Thomas Norris, and Craig Wilcox. For those who desire, memorial contributions may be made in lieu of flowers to The Wounded Warrior Project by visiting their website at www.woundedwarriorproject.org and clicking the “Donate Now” link.

The family of Curtis B. Bullock created this Life Tributes page to make it easy to share your memories.

Send flowers to the Bullock family.