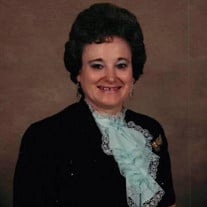 Clara Kathleen Shook, age 77, of Elizabethton, TN passed away Wednesday, April 10, 2019 in the Johnson City Medical Center. A native of Avery County, NC she moved to Elizabethton in 1979 from Columbus, GA. She was the daughter of the late Donald Jones and Ina Beulah Oaks Jones. Clara retired as a housekeeper from Colonial Hills Nursing Home and she had been a private caregiver. She attended Calvary Baptist Church. She was a giving person who loved to do for others. She enjoyed cooking, walks at Sycamore Shoals State Park and loved working in her flower garden. Clara loved her family and enjoyed spending time with them. In addition to her parents, she was preceded in death by brothers, Edward Jones, George Jones, Willie Jones and Gurney Jones and sisters, Vertie Taylor and Eula Carver. Those left to cherish her memory include two daughters, Janet Shook, Elizabethton and Bonnie Tunnell, Johnson City; two sons, Alvin Shook and Kenny Shook, both of Elizabethton; five grandchildren, Miranda Anderson, Jesse Deloach, Kara Short, Austin Hyder and Evan Tunnell; six great-grandchildren, Charles Scalf, Joshua Feathers, Skyler Deloach, Savannah Reece, Kristal Anderson and Jamie Anderson; a brother, Wade Jones, Elizabethton and a sister, Estel Smith, Elizabethton. Several nieces and nephews also survive. A service to honor the life of Clara Kathleen Shook will be conducted at 7:00 P.M. Sunday, April 14, 2019 in the Sunset Chapel of Hathaway-Percy Funeral and Cremation Services with Rev. Tony Birchfield officiating. Eulogy will be given by Mrs. Bonnie Tunnell. Music will be under the direction of Kathy Davis. The family will receive friends at the funeral home from 5:00 – 7:00 P.M. on Sunday prior to the service. Committal and entombment service will be held at 11:00 A.M. Monday, April 15, 2019 in the Mausoleum of Peace at Happy Valley Memorial Park. Active pallbearers will be Steve Tunnell, Austin Hyder, Evan Tunnell, Wade Jones, Kenny Shook and Alvin Shook. Everyone will meet at the funeral home at 10:15 A.M. on Monday to go in procession to the cemetery. Those who prefer memorials in lieu of flowers may make donations to Special Olympics TN, 461 Craighead Street, Nashville, TN 37204 or the U.S. Department of Veteran’s Affairs, V.A. Administration, donations online only at www.volunteer.va.gov.

Clara Kathleen Shook, age 77, of Elizabethton, TN passed away Wednesday, April 10, 2019 in the Johnson City Medical Center. A native of Avery County, NC she moved to Elizabethton in 1979 from Columbus, GA. She was the daughter of the late... View Obituary & Service Information

The family of Clara Kathleen Shook created this Life Tributes page to make it easy to share your memories.

Send flowers to the Shook family.