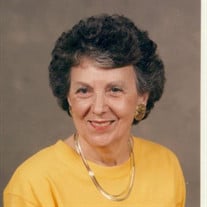 On the morning of February 7th, 2022, Christine began her new life in Christ, more alive than she has ever been! Christine was born on May 14, 1923, to the late William “Bill” Jennings Bryant and Opal Vestal Oliver Smith. In addition to her parents, she was preceded in death by her husband, Johnson Hayes Eller; sister, Geraldine Smith Peters; brother, Robert Harvey Smith and wife, Joan Smith; nephews, David Barton Smith, and nephew-in-law, Francis Fremont “Chip” Purdy. Those left to cherish her memory include her nieces, Sharon Suzette Purdy, of Arlington, TX, Teresa Anne Peters Broome and husband, Rick, of Elizabethton, TN, Stacie Smith Crim and husband, Bill, Jackson, MS; Joanne Blair and husband, Fred, Sandra Kay Eller, Barbara King, Michael Heaton and wife, Beth, Pat Edwards and husband, Gary, Pam Jameson and husband, Charles, and Jane Bumgarner and husband, Chris, nephew, Brent Smith and wife, Laura of Oxford, MS, David Ellis and wife, Kathy; two great nephews, Sean Purdy and wife, Jill of Cumming, GA, Sterling Purdy and wife, Donna, of Marietta, GA. Several other great nieces and nephews also survive. Christine also leaves behind many adoring friends, including her neighbors on Pine Hill Road, the First Baptist Church family, including the Kitchen Ladies of FBC, and a special little girl, Abigail, who loved Aunt Chris and called her the “Brownie Lady.” Growing up in Elizabethton, Christine and her siblings, Geraldine, and Bob (Harvey) lost their father when they were very young. Because of this great loss, they developed a lifelong bond, one that never diminished but only grew stronger year after year. They cared and looked after one another well into their 90’s. Christine was the last of the siblings to leave and enter God’s rest. In 1941, Christine graduated from Elizabethton High School. Shortly after graduation, she began work at North American Rayon Corporation. Never would she have imagined that she would work in the Shipping office for the next 55 years! Christine always enjoyed her work and the friendships she made throughout her career, maintaining those relationships until her death. In 1942, Christine married the love of her life, a handsome and loving young man from Heaton, NC, Hayes Eller. Not having children of their own, the thing that brought them the most joy was spending time and doting on their nieces and nephews. Throughout the years, they showered them with unconditional love, support, guidance, and many expressions of love and gifts. They also enjoyed square dancing and made lifelong friends with members of their dance club. They traveled throughout Northeast TN and Western NC to a new dance venue each week. Christine and Hayes loved Daytona Beach and enjoyed many vacations by the shore along with her brother, Bob, and his family. And as was customary, they always took their nieces, Sharon, and Teresa Anne with them so they could be with their cousins, Brent, Bart and Stacie. Always family oriented, Christine was very close to her mother, Opal, and cared for her until her death in 1992. In addition, she also helped care for her sister, Geraldine, along with her nieces to ensure that their mother was loved and cared for every day. Christine had a servant’s heart and was a lifelong member of First Baptist Church, Elizabethton. From childhood to her final days, she was an active member. One of her favorite and highest honors was to serve as the Welcome Center Greeter on Sunday mornings. She did this for many years and always welcomed members/visitors with a warm and genuine smile. Everyone who met and knew her loved her!! Christine also served in the kitchen as one of the FBC Kitchen Ladies. For many years up to the present, she worked along her fellow church friends to serve many meals to her church family during our fellowships, celebrations, and weekly dinners. Christine was a loyal UT and Atlanta Braves fan. She rarely missed watching these teams play on television. In earlier years, Christine enjoyed going to the UT games in Knoxville, a tradition that carried on for many years. She was definitely a passionate VOLS fan, all the way! And then there was shopping! Christine enjoyed shopping tremendously, but she usually bought something for someone other than herself. She was a beautiful, loving, charming and generous giver, especially to her family. “Aunt Chris,” as she was affectionately known, was also famous for her sweet pickles and deviled eggs. Everyone loved her deviled eggs, they were always high in demand, the secret was the pickles she made herself! Christine Smith Eller had a wonderful life because she lived life with joy! Giving to others of her time, money, and love, her life exemplified the life of a Godly woman. She loved the Lord, her family, and her First Baptist Church family. She was a role model for all of us. Christine has received her award and she is now dancing with Jesus. What a legacy, what a life! “In the end, it's not the years in your life that count. It’s the life in your years.” Abraham Lincoln A Celebration of Life Service for Christine Smith Eller will be conducted at 1:00 PM on Saturday, February 12, 2022 at First Baptist Church, Elizabethton with Reverend Todd Hallman officiating. Music will be under the direction of First Baptist Church, Elizabethton. The family will receive friends between the hours of 11:00 AM and 1:00 PM prior to the service on Saturday. The graveside service and committal will follow at Happy Valley Memorial Park, Johnson City, TN. Pallbearers will be Sean Purdy, Will Purdy, Christopher Purdy, Sterling Purdy, Hayes Purdy, Kole Purdy, Ray Campbell and David Ellis. Those who prefer memorials in lieu of flowers may make donations to The Christine Smith Eller Memorial fund to First Baptist Church, 212 E F St, Elizabethton, TN 37643. Online condolences may be shared with the family and viewed on our website at www.hathawaypercy.com. Hathaway-Percy Funeral and Cremation Services are honored to serve the Eller family. Office: 423-543-5544

On the morning of February 7th, 2022, Christine began her new life in Christ, more alive than she has ever been! Christine was born on May 14, 1923, to the late William &#8220;Bill&#8221; Jennings Bryant and Opal Vestal Oliver Smith. In addition... View Obituary & Service Information

The family of Christine Smith Eller created this Life Tributes page to make it easy to share your memories.

Send flowers to the Eller family.