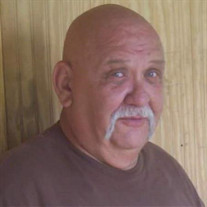 Mr. Cameron J. Campbell, age 68, of Elizabethton, TN passed away Sunday, January 8, 2017 in the Johnson City Medical Center following an extended illness. A native of Carter County, he was the son of the late Cameron and Kiley &#8220;Mildred&#8221;... View Obituary & Service Information

The family of Cameron J. Campbell created this Life Tributes page to make it easy to share your memories.