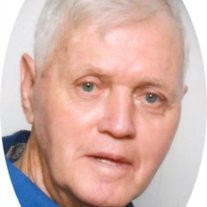 Bobby “Bob” Davis, 79, of Elizabethton, went home to be with his Lord on Saturday, June 29, 2013 from Sycamore Shoals Hospital, following an extended illness. He was the son of the late Mack and Hattie Jones Davis. In addition to his parents, he was preceded in death by a sister, Irene Street; his twin brother, Joe Davis; a brother, Lee Davis; and his father and mother-in-law, Freland and Christie Ward. Mr. Davis was born in Dixon County, Virginia, but had lived in Elizabethton since 1953. He was retired from Eastman Chemical Company as a roofer and was a member of Hampton Church of God. He was loved by everyone that knew him and loved yard work, gardening, his church, reading the bible, carpentry and working within his workshop. Survivors include his wife of fifty four years, Annie Ward Davis, of the home; two sons, Dennis Davis and wife Cearsa Davis, Elizabethton; and Scotty Wayne Davis, Johnson City; one brother, Jack Davis, Elizabethton; two sisters, Alice Lyons, Piney Flats and Bertha Davis, of Elizabethton, who was very helpful to Bobby and Annie, throughout his sickness. Several nieces and nephews also survive. The funeral service for Mr. Davis will be conducted at 2:00 PM on Monday, July 1, 2013 in the Sunset Chapel of Hathaway-Percy Funeral and Cremation Services with Rev. Hobart Bradshaw, officiating. A eulogy will be given by Harold Presnell. The family will receive friends in the funeral home chapel from 1:00 PM – 2:00 PM on Monday, prior to the service. The graveside service will follow at Happy Valley Memorial Park. Active pallbearers will be Ralph Patterson, Tyler Corver, Tony Bowers, Esteal Williams, Sam G. Ward, Rodney Shepard, and Terry Ford. Honorary pallbearers will be Dr. Amy Proffitt, all of the staff on the 5300 Floor of Johnson City Medical Center, staff and employees of Pine Ridge Health and Rehabilitation Center, and Floyd Storie. Those who prefer memorials in lieu of flowers may make donations to the Carter County Animal Shelter, P.O. Box 134, Elizabethton, TN 37644. Online condolences may be sent to the family by visiting www.hathawaypercy.com and signing the guest book. Hathaway-Percy Funeral and Cremation Services is serving the Davis family. Office 423 543-5544.

Bobby “Bob” Davis, 79, of Elizabethton, went home to be with his Lord on Saturday, June 29, 2013 from Sycamore Shoals Hospital, following an extended illness. He was the son of the late Mack and Hattie Jones Davis. In addition to his parents,... View Obituary & Service Information

The family of Bobby "Bob" Davis created this Life Tributes page to make it easy to share your memories.

Send flowers to the Davis family.