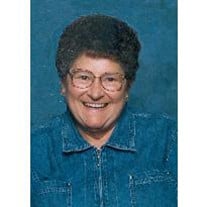 "View This Video Tribute" Barbara Sue Garland, 72, of 116 Townsend Circle, Johnson City died Tuesday, June 1, 2010 at her residence after a period of declining health. Barbara was a native of Carter County and the daughter of the late Archie and Nora Susan Holdren.   Family was of utmost importance in her life. She was a loving mother, grandmother and great-grandmother and a wonderful cook. Her house had an open door policy and was the gathering place for all of her family. Her favorite times were Sunday dinners with the family. Her sense of humor and contagious laugh brought joy to all who knew her. She was a member and former officer of the Ladies Auxiliary of the American Legion Post #49, Elizabethton, until her disability prevented her active participation. She was an avid bell collector and had collected well over a thousand bells since she began the hobby.  In addition to her parents, Barbara was preceded in death by her husband, Earl Erwin Garland I. Survivors include four daughters and three sons-in-law, Deborah and Billy Barnett, Mosheim; Donna and Ray Hill, Unicoi, Tammy and Darrell Riddle, Johnson City and Patsy Garland; a son and daughter-in-law, Earl and Annette Garland II, Butler; five grandsons; three step-grandchildren; one great-granddaughter; two great-grandsons; a brother, Charles Holdren and wife Brenda; four sisters, Louise Pierce, Ethel Akard, Anna Mae Miller and Bertie Sims and husband Homer. Several beloved nieces and nephews also survive.  A Celebration of Life Service for Barbara Sue Garland will be conducted at 7:00 P.M. Thursday, June 3, 2010 in the Sunset Chapel of Hathaway-Percy Funeral Home with Rev. Sam Ferguson officiating. Music will be under the direction of a lifelong friend, Earl Dugger.  The family will receive friends at the funeral home from 5:00-7:00 P.M. on Thursday prior to the service or at the residence at other times.   Graveside service and interment will be conducted at 2:00 P.M. Friday, June 4, 2010 in Mountain Home National Cemetery. Honorary pallbearers will be grandsons, Michael Adams, Johnathan Simerly, Stephen Hill, Samuel Shuffler, Joshua Shuffler, Dana Matherly and William Matherly. Everyone will meet at the cemetery at 1:50 P.M. on Friday for the graveside service.

"View This Video Tribute" Barbara Sue Garland, 72, of 116 Townsend Circle, Johnson City died Tuesday, June 1, 2010 at her residence after a period of declining health. Barbara was a native of Carter County and the daughter of the late Archie... View Obituary & Service Information

The family of Barbara Sue Garland created this Life Tributes page to make it easy to share your memories.