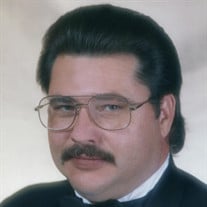 Allen Dupkoski, age 59, of Morristown, Tennessee went home to be with the Lord on Friday, October 16, 2020 from the James H. Quillen VA Medical Center Hospital. Allen was born in Johnson City, Tennessee to Rosa Bennett Dupkoski, of Johnson City and the late James Dupkoski. In addition to his father, he was preceded in death by his brother, Melvin Dupkoski; his sister, Lois Ann Teague; and one nephew, Jamie Dupkoski. Allen served for ten years in the United States Army where he was both a medic and a nurse. He retired as a physician’s assistant and enjoyed traveling, riding motorcycles, fishing and camping. Those left to cherish his legacy include his mother, Rosa Dupkoski; his wife, Noi Dupkoski, of the home; his son, Mark Dupkoski, of Gray, Tennessee; one niece, Tashia Dupkoski, of Greeneville, Tennessee; four nephews: Joshua Dupkoski, Matthew Dupkoski and Joseph Dupkoski, all of Greeneville, Tennessee and Daniel Dupkoski, of Elizabethton, Tennessee; along with many friends, neighbors and fellow veterans, whom also survive. A private graveside service will be held in the Garland Cemetery in Unicoi, Tennessee. Online condolences may be shared with the family on our website, www.hathawaypercy.com. Hathaway-Percy Funeral and Cremation Services is proudly serving the Dupkoski family. Office: (423) 543-5544

The family of Allen Dupkoski created this Life Tributes page to make it easy to share your memories.

Send flowers to the Dupkoski family.