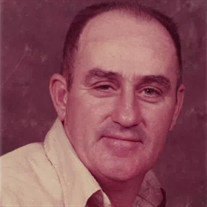 Mr. Albert Eugene “Gene” Colbaugh, age 86, 356 Cripple Creek Loop, Watauga, TN went home to be with his Lord on Thursday, May 11, 2017 from the Johnson City Medical Center. A native of Elizabethton, he was the son of the late Riley Fred and Mary Smith Colbaugh. Mr. Colbaugh retired from North American Rayon Corporation after more than thirty years of service. He was a member of Gap Creek Christian Church. In addition to his parents, he was preceded in death by his first wife, Carolyn Morris Colbaugh; his second wife, Shirley Colbaugh; a step-son, Danny Carrier; three brothers, Harry Colbaugh, Freddie Colbaugh and Glen Colbaugh and two sisters, Selma Parlier and Evelyn Colbaugh. Those left to cherish his memory include a son, Rick Colbaugh and wife Connie; a daughter, Vickie Colbaugh; a grandson, Grant Colbaugh and wife Amanda; two great-grandchildren, Issac Colbaugh and Will Colbaugh and a brother Herman Colbaugh. Several step-children, nieces and nephews also survive. A service to honor the life of Mr. Albert Eugene “Gene” Colbaugh will be conducted at 7:00 P.M. Monday, May 15, 2017 in the Sunset Chapel of Hathaway-Percy Funeral and Cremation Services with Mr. Ken Overdorf, minister; Mr. Doug Hinshaw, minister and Pastor Donnie Humphrey officiating. Music will be under the direction of Mr. Bobbie McGee. The family will receive friends at the funeral home from 5:00 – 7:00 P.M. on Monday prior to the funeral service or at the residence of his son at other times. Graveside service and interment will be conducted at 1:00 P.M. Tuesday, May 16, 2017 in Happy Valley Memorial Park. Active pallbearers will be Jim Colbaugh, Doug Colbaugh, Alan Parlier, Grant Colbaugh, Larry Miller and Anthony Lyons. Everyone will meet at the funeral home at 12:15 P.M. on Tuesday to go in procession to the cemetery. The family would like to express a special thanks to the Staff of Sycamore Shoals Hospital, Johnson City Medical Center and Pine Ridge Health Care for their loving care of Mr. Colbaugh. Those who prefer memorials in lieu of flowers may make donations to Gap Creek Christian Church, 1840 Gap Creek Road, Elizabethton, TN 37643.

The family of Albert Eugene "Gene" Colbaugh created this Life Tributes page to make it easy to share your memories.

Send flowers to the Colbaugh family.